Testing Di2's reliability and durability at one of the most iconic stage races in the world.

In its ten-year journey, the BC Bike Race has become the model for a new type of stage racing. One where the quality of the trail is more important than long grueling miles and collecting elevation stats on Strava. It has evolved to be a race that prioritizes the experience of the participants who seek the best trails in the world. For seven straight days, the BCBR explores the fabled coastal trails of British Columbia where equipment and skills are tested on terrain that can make you pucker and punch the air with joy a hundred times a day. The BC Bike Race continues to prove to be a legit testing ground for companies like Shimano. Shimano sends engineers from Japan, heads of marketing from all over the world, and a variety of other people within the company to be a part of the event. From the Shimano Mechanical Support at aid stations to actually doing the race Shimano has triangulated our observational positions to allow them to go home with hard data. You might find your local Shimano rep riding along with the President of the company in any given year!

This year Joe Lawwill, Shimano’s North American MTB Marketing director, decided it would be an excellent idea to put the new XT Di2 through the BCBR washing machine aboard the Kona Adventure team. If the drivetrains survive and possibly podium the race, what better proof would you need of the quality of the equipment?

A few months prior, while attending the launch of the new Deore XT Di2 release at the Sea Otter Classic a simple plan was set in motion. By the time BCBR kicked off there would certainly be some limited pre-production XT Di2 that could outfit the Kona Adventure Team. What seemed like a simple plan suddenly turned into a scramble as three of the four Kona riders became unavailble to attend several weeks prior to BCBR’s start! On top of that, a last minute realization that the pre-production parts that were being counted on were not going to arrive in time for the start of BCBR. As with most well laid plans, this one suddenly required traveling down the alphabet to plan B, C, and D.

With about four weeks to go there was only one rider committed to run the new XT Di2. Luckily Joe thrives under pressure and set into motion a plan that involved getting the "pre" pre-production parts that Jill Kintner, Andrew Shandro, and Matt Hunter happened to be using for Shimano's specific Deore XT Di2 brand videos. To make things more complicated these videos were being filmed literally scattered around the globe. Aside from jumping through hoops to quickly retrieve the parts, the stakes just got higher as these are really only show sample parts intended to show at Sea Otter and not be raced, especially not raced at an event like BCBR! 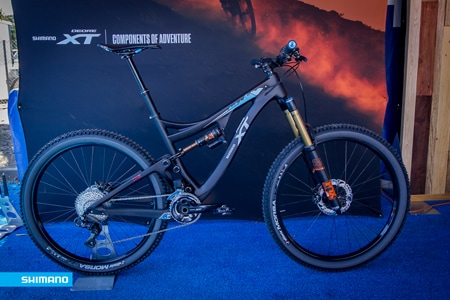 So, with 3 used groups and a couple clean show groups it would be potentially possible to get 4 riders in the BCBR on XT Di2 and one spare group in case something went wrong. The next problem was to sort out athletes to putting their trust into pre-production parts and race a truly epic 7 day stage race without having much time if any on the parts before the race.

Joe headed to Carson City NV for the Epic Rides Endurance race to try and sort out a potential rider or two to run the new Di2 at BCBR. It was Kona rider Cory Wallace’s teammate Spencer Paxson who showed the most interest but he was on the short list for a spot in the Olympics and wouldn’t know until the next World Cup a week before BCBR if he would be able to attend the race. So with Cory confirmed and Spencer as a strong potential, Joe left them two groups to get on a bike and test. With the upcoming world champs XC race it was really unrealistic Spencer would get any time on he parts but at least Cory could get about a week in on the parts.

With less than 2 weeks before day "0" of BCBR a hail mary request was sent to the Rocky Mtn team who is a strong supporter of the BCBR. To Joes surprise Rocky's resident Squamish shredder and previous BCBR stage winner Quinn Moberg jumped at the opportunity. Quinn was the only rider on the short list who has any experience on Di2. Both Cory and Spencer would be riding and trusting equipment they had never used. This is not how professional riders normally operate. Although Joe was confident in the parts, it’s their willingness to trust Shimano that really stands out. Spencer Paxson at the 2016 MTB XC World Championships in the Czech Republic.

A few days after talking to Quinn, an email arrived from US rider Stephen Ettinger who happened to be traveling with Spencer Paxson at the World Championships in the Czech Republic. Stephen was just learning that he along with Spencer weren’t going to the Olympics and was wondering if Joe were still looking for another Di2 rider. This was the week before the race and if you know anything about the BC Bike Race it’s that it sold out months earlier. Fortunately Shimano had a secure spot as a major sponsor of the race so the idea of using the 4th group for Stephen was a possibility! Especially a rider with his talents and who was a pretty disappointed to not be on the Olympic team meant there would likely be some fire under the hood!

Coincidentally right after Stephens email came in the guys at Anthill Films who were producing the XT Di2 videos called and said they needed a group sent back to reshoot a piece for the brand video which had a strict deadline. Due to the limited availability the only option was to ship the parts that were now planned for Stephen to Anthill in hopes that they could get what they needed in time and get the parts sent back in time. Luckily it turned out Anthill was filming in the North Vancouver area so a simple hand off would be all that was needed to get the parts to the BCBR...no problem right!. There was one backup group that was planned for display which could pull together if needed so there was a contingency plan but the goal was to keep one brand new group for the display bike.

The plan from April had almost totally fallen apart but was alive again! It might not have all the original players involved but it was a dream team of riders with three previous stage winners and two Olympic short list riders. In the last two days before go time Shimano Mechanical Support Ben Pye and Ryan Sweeney made magic happen and managed to collect all missing pars and get Quinn, Stephen and Spencer’s bikes together as well as make sure Cory’s bike was dialed in and ready for the next seven days.

The rest of the week went as perfectly as was hoped. Cory, Spencer, Stephen, and Quinn went on to each win at least one stage a piece and they finished the race in that order overall. There were no issues with the XT Di2 and no one had to charge a battery once.

The race itself was exciting to the end with Cory barely winning the overall on his birthday by beating his teammate Spencer on the last day. Besides being one of the wettest years on record for the BC Bike Race, Cory also had the roughest week with a couple flat tires and several crashes that caused him to continually chase the other riders and erase time deficits. Cory definitely put his Di2 through the most stress with his crashes, but his impression was that the precision and ease of use helped make the difference.

For the Shimano crew, it was exciting to be a part of this group of men who were battling it out for the top spots. Though he was second again for the fourth year in a row, Spencer did wear the leader’s jersey for several days and we’d like to think the Di2 helped him keep his mind on the race. Spencer who is always trying to find the smallest percentage of improvement gave his approval of the electronic drivetrain. 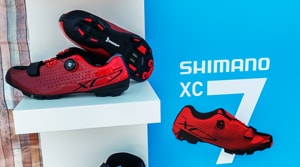 Our newest XC racing shoe, XC7, made it's debut at this year's BC Bike Race. Stage winners were awarded with their own pair of shoes.

As a company, Shimano got a huge thrill when Quinn Moberg won stage six in front of his hometown crowd in Squamish aboard the Di2. It was the cherry on top of this journey since Squamish is the stage that Shimano has sponsored for years and where product debuts have occured. Even though Squamish had the trails Quinn knew the most, it may have been the energy saved from the other stages that helped him clinch the day.

As with any idea, it’s only as good as the hard work that is put in to get there. All the athletes who do the BC Bike Race arrive having sacrificed something to get them to the start line. The time and commitment required to do the BC Bike Race is something that Shimano is intimately aware of and respects. We couldn’t be happier to be part of the journey of so many of the athletes at all levels. A huge thank you goes out to the guys at the top who trusted the newest product we have and to all the other riders who use Shimano on their path to the finish line. 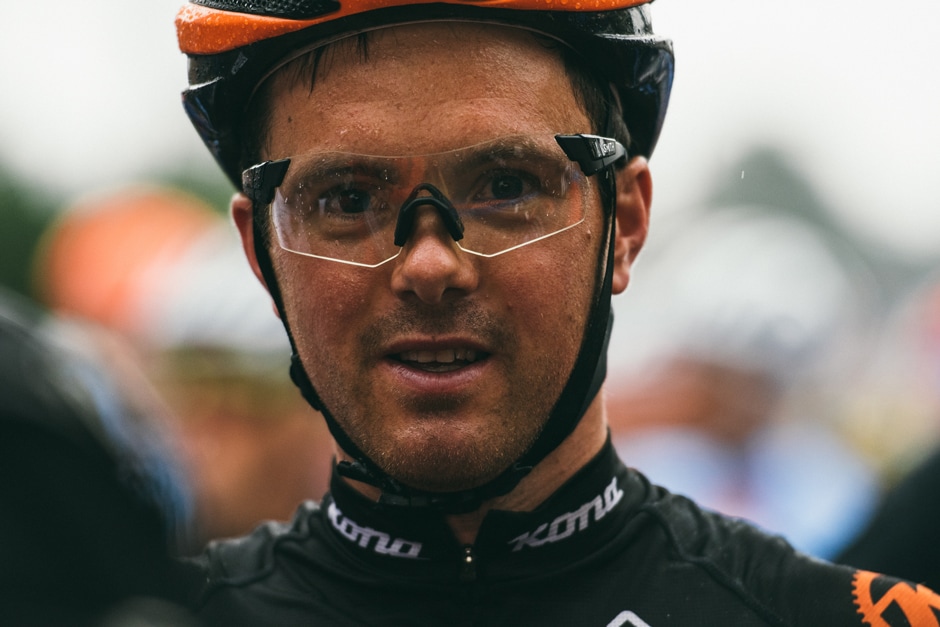 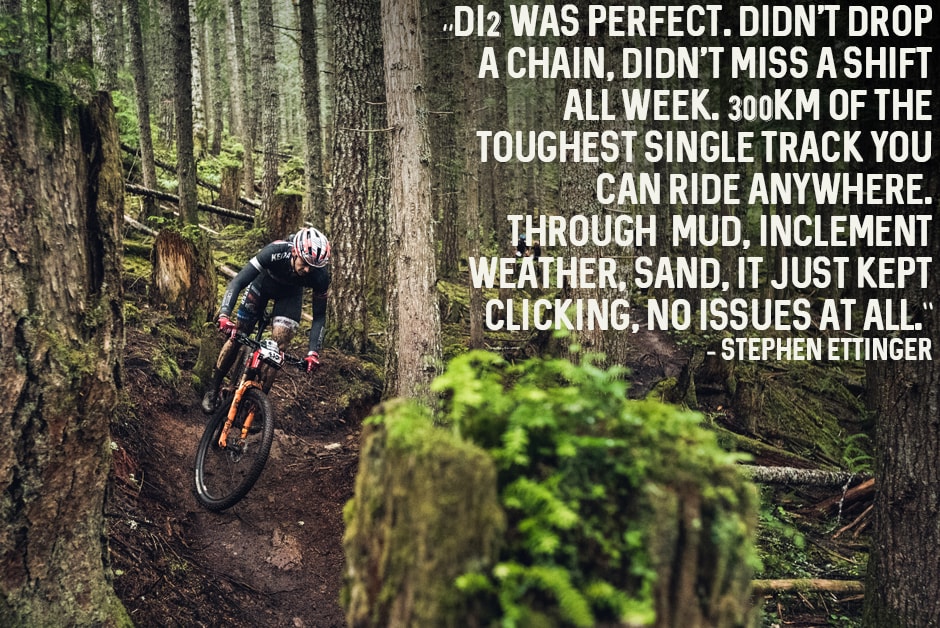 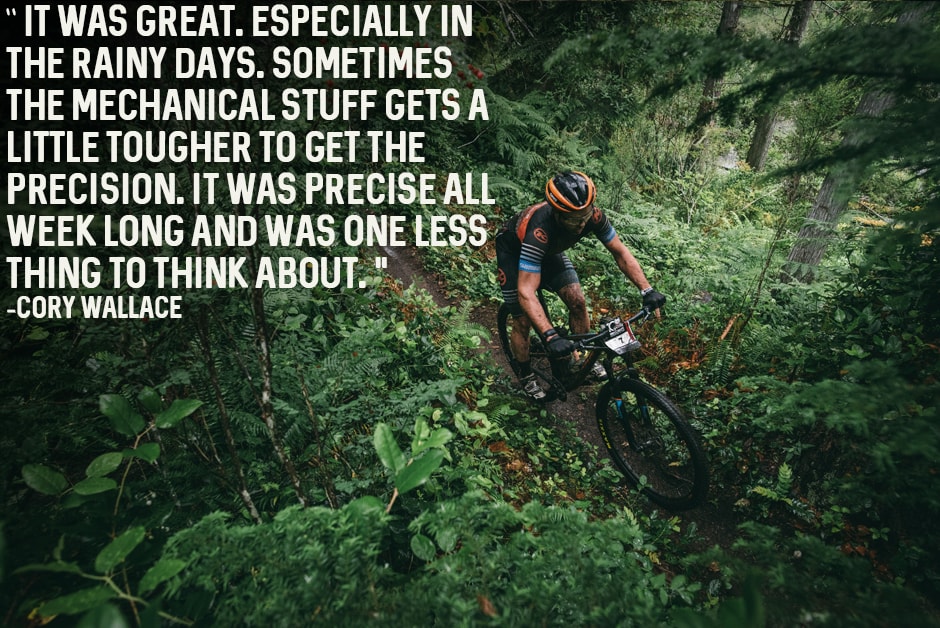 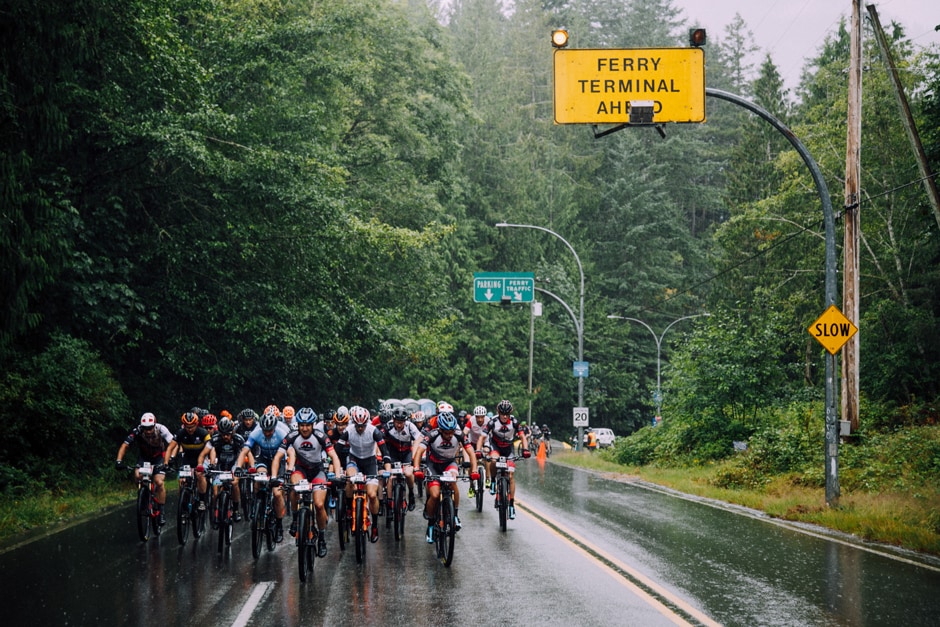 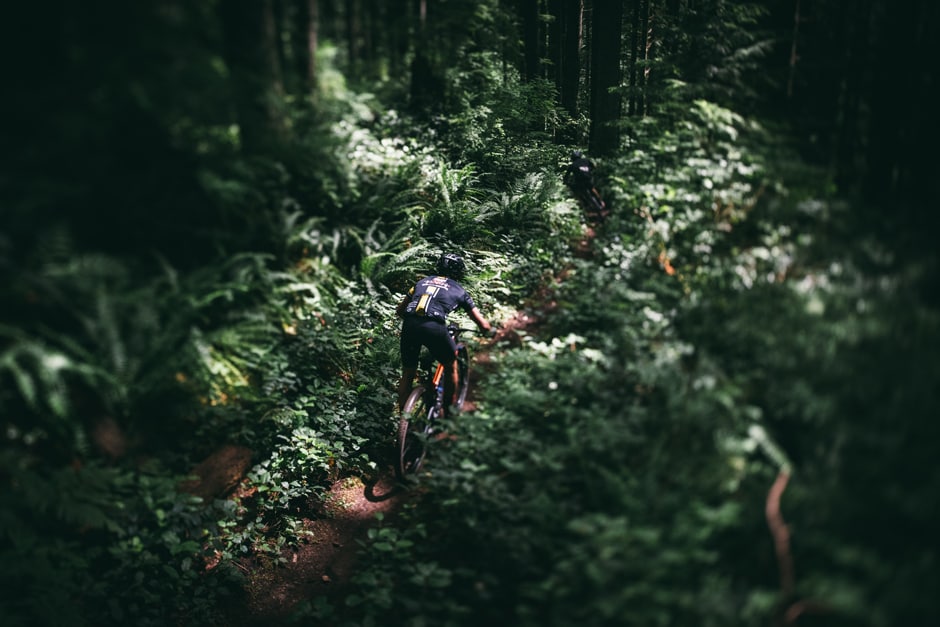 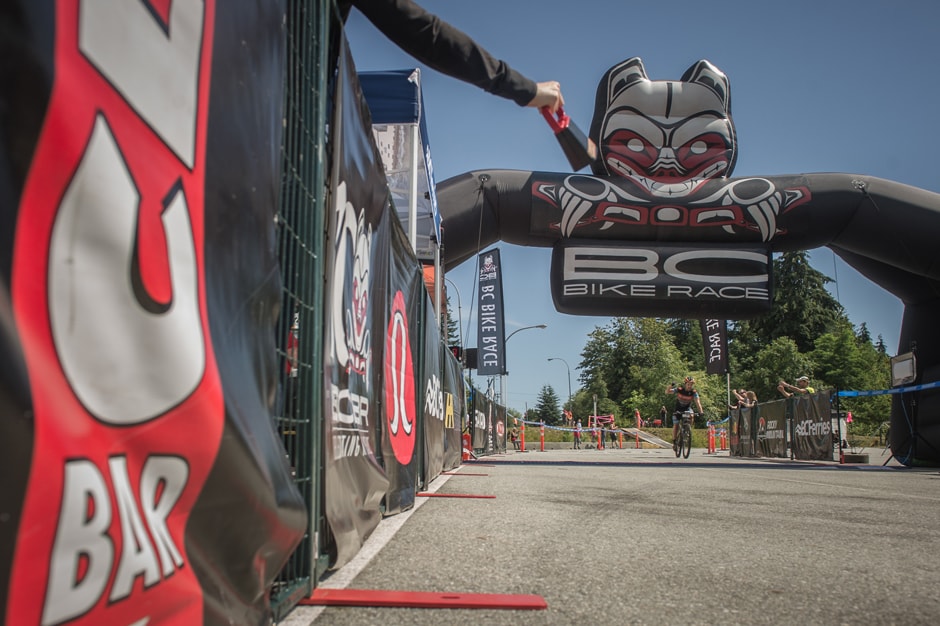 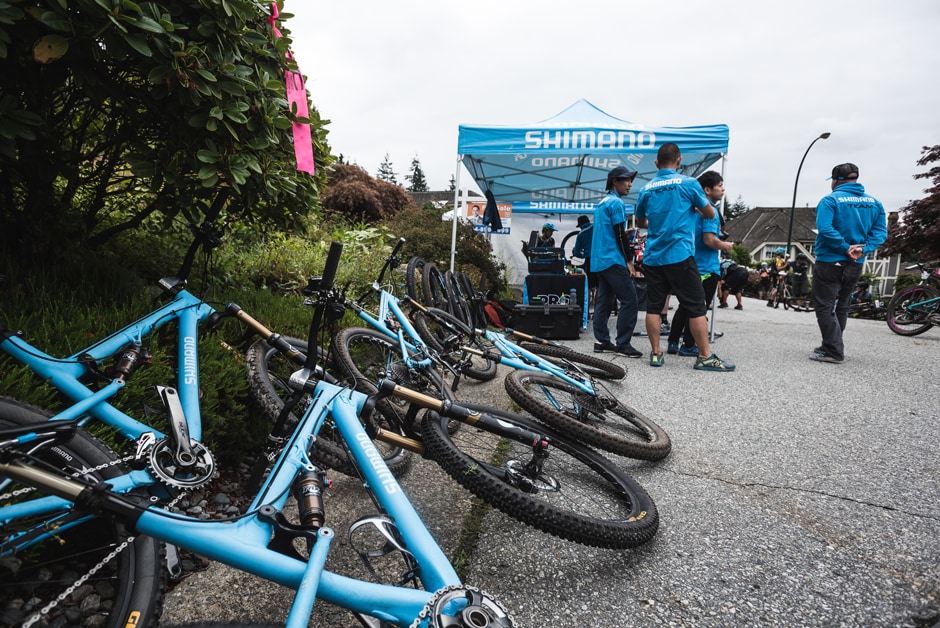 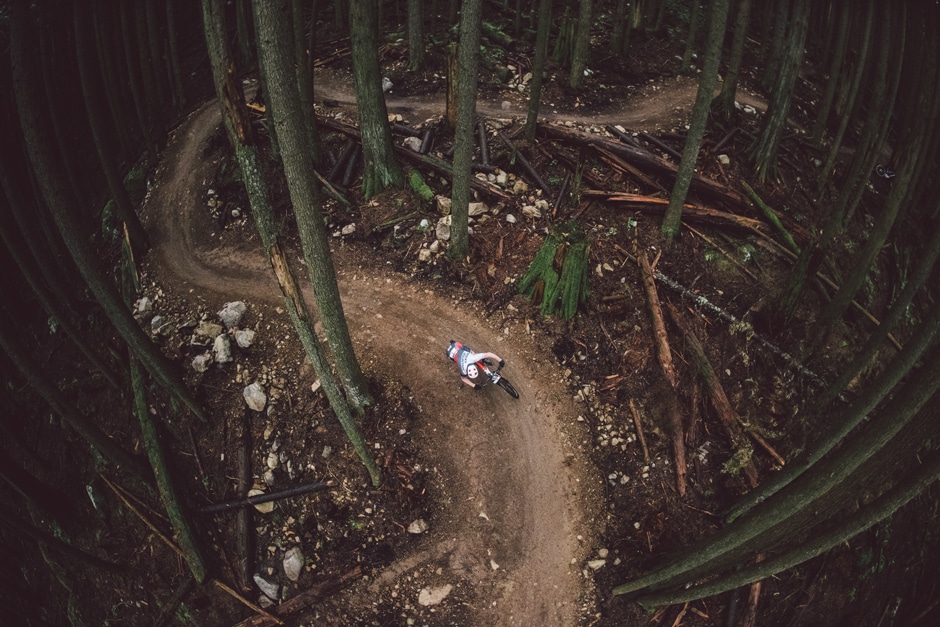 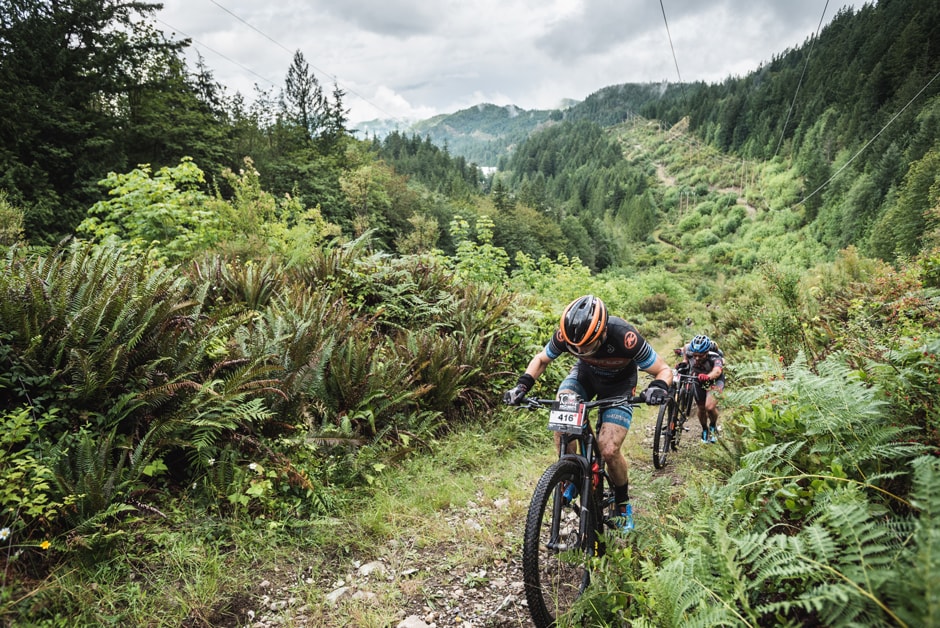 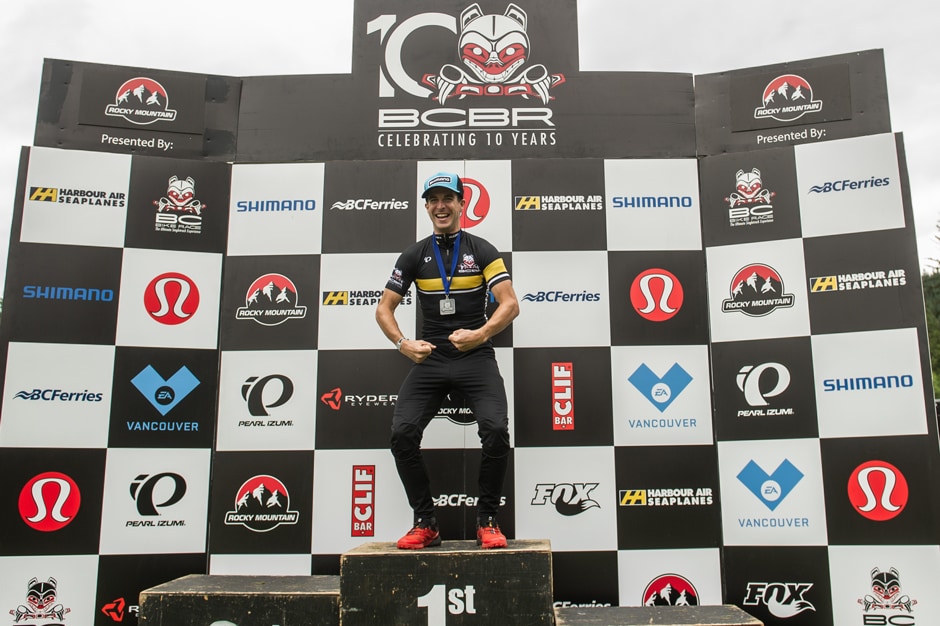 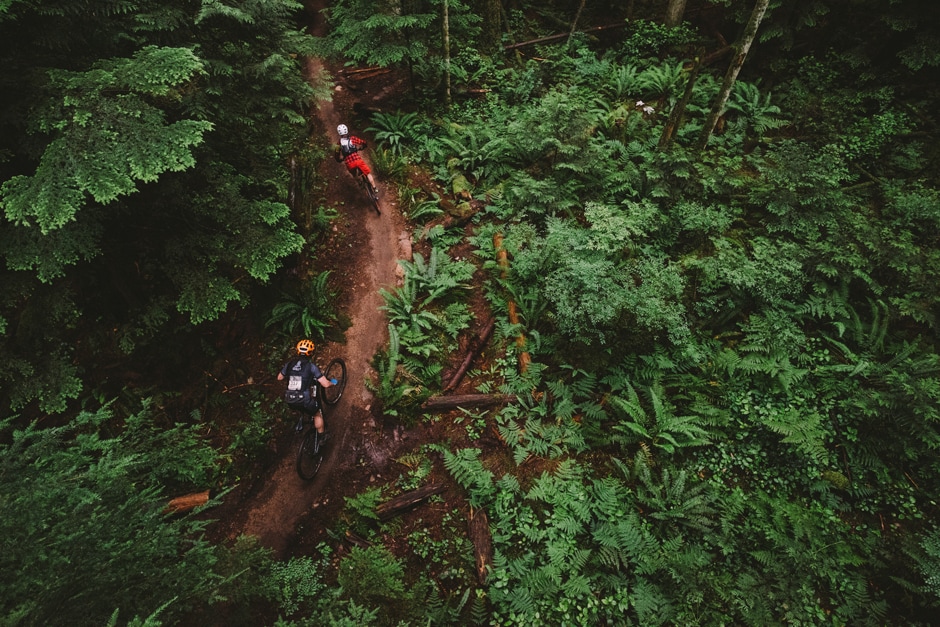 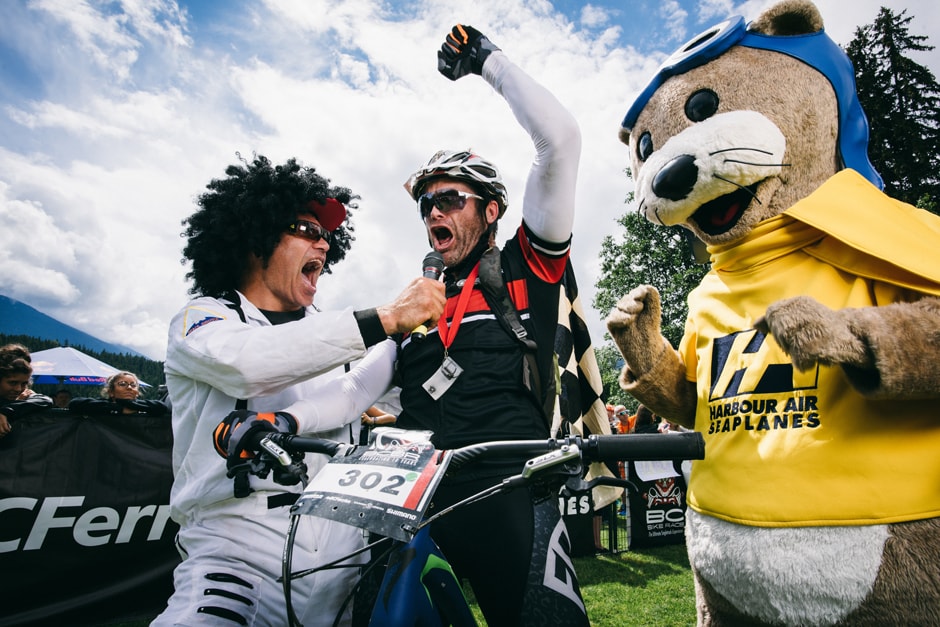 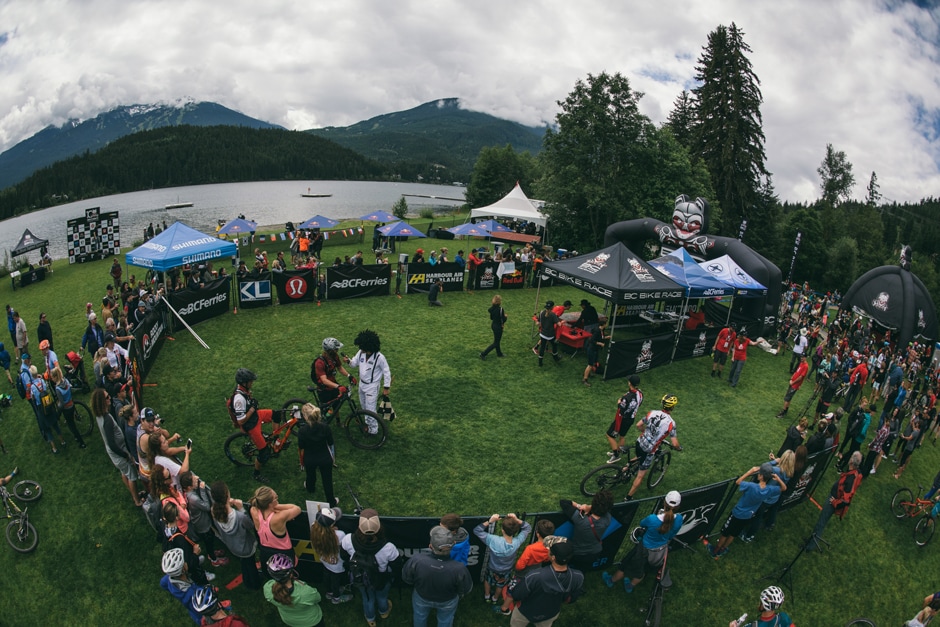 A look at the winning bike: 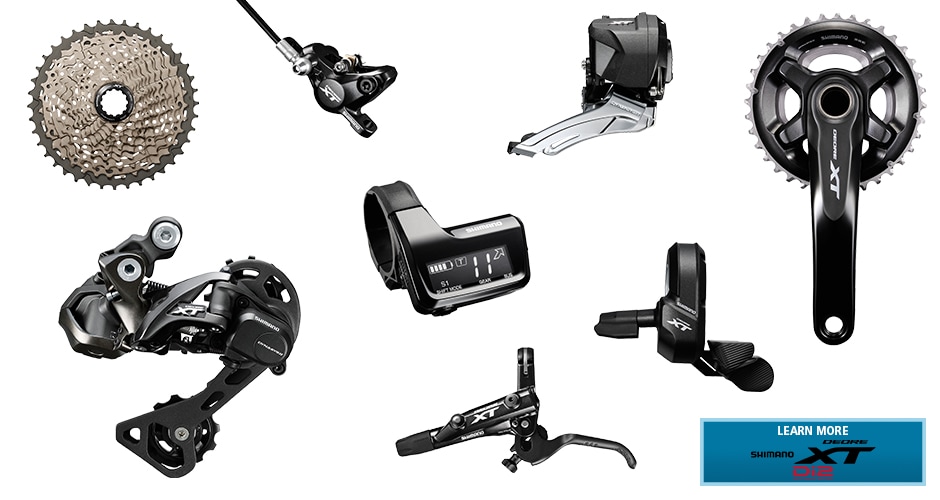