The unofficial kick-off to the North American mountain bike cross country season wrapped up in San Dimas, California just forty miles north of our North American headquarters over the weekend. The early season race was the first leg of the 2016 Kenda Cup West XCO series and attracted some of the top professionals from around the world. Several Shimano sponsored and supported teams made the trip to Southern California to kick off the season.

Bonelli Park is no stranger to some of Southern California's top urban cross country races. For 2016 there were some changes to the course, making it full of tight, twisty single track, steep ascents and fun, speedy fireroads making for some exciting passing. The scenic course around Bonelli lake was redesigned to make it more spectator friendly, making for a race for pace and speed.

The Women's race featured the likes of some of the top cross country racers around the world, including Luna Pro Team legend's Georgia Gould and Katerina Nash. U.S Cross County and Short Track Mountain Bike National Champion Chloe Woodruff was joined by her teammate Rose Grant representing Stan's NoTubes-Pivot. Scott-3Rox was represented by Erin Huck, the eventual race winner in what was an exciting and well represented first race of the season.

Heavy rainfall in Southern California on Friday provided some tacky and fast dirt at Bonelli. Stephen Ettinger of RideBiker dominated the men's elite race with a speedy, controlled, solo effort to claim the top of the podium for his first win of 2016. 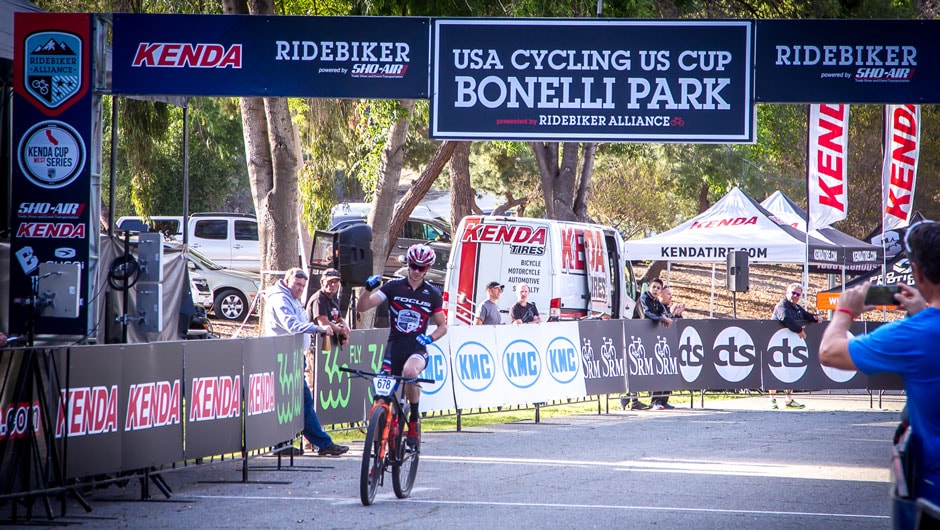 The USA Cycling PRO XCT heads to Fontana on April 2nd for the second round out of eight total races making up the 2016 PRO XCT Cross Country Tour.

You can view the full schedule here >>