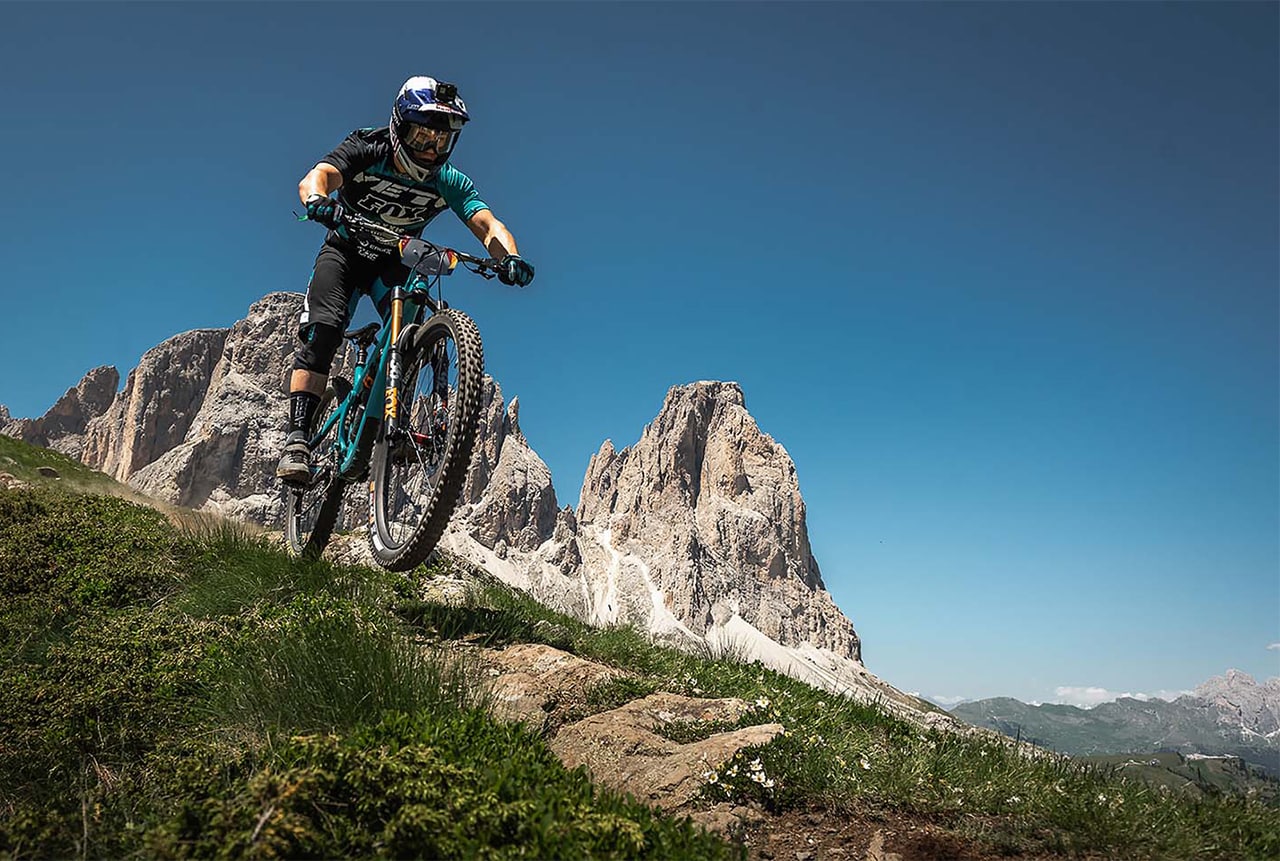 With unusually scorching temperatures and intense competition, the fourth round of the 2019 Enduro World Series in Italy did not disappoint! Set in the small village of Canazei high in the Italian Dolomites, riders faced five technical stages with a mix of natural and man-made singletrack. 2 of the stages were brand new and had never been ridden prior to the event which meant by the time the top riders faced the course after all of EWS riders and the EWS 100 riders came down they really didn’t know what to expect

Team Yeti/Shimano rider Richie Rude topped the overall podium after winning four of the five stages on the day. On the women’s side, Cannadian Andreane Lanthier Nadeau (ALN) from the Rocky Mountain/Shimano team finished with a career high second place, while GT/Shimano rider Noga Korem of Israel finished third after keeping the pressure on for an exciting day of racing across the board.

Current EWS rules only allow for one practice run prior to the event which means riders who can learn and adapt the quickest have the best chance for a top result. Given the circumstances it’s even more impressive that Richie was able to win four of the five stages! The men’s podium for the fourth round of the Enduro World Series at Val di Fassa. Richie Rude takes the win with Sam Hill and Nicolai Florian rounding out the podium in second and third. 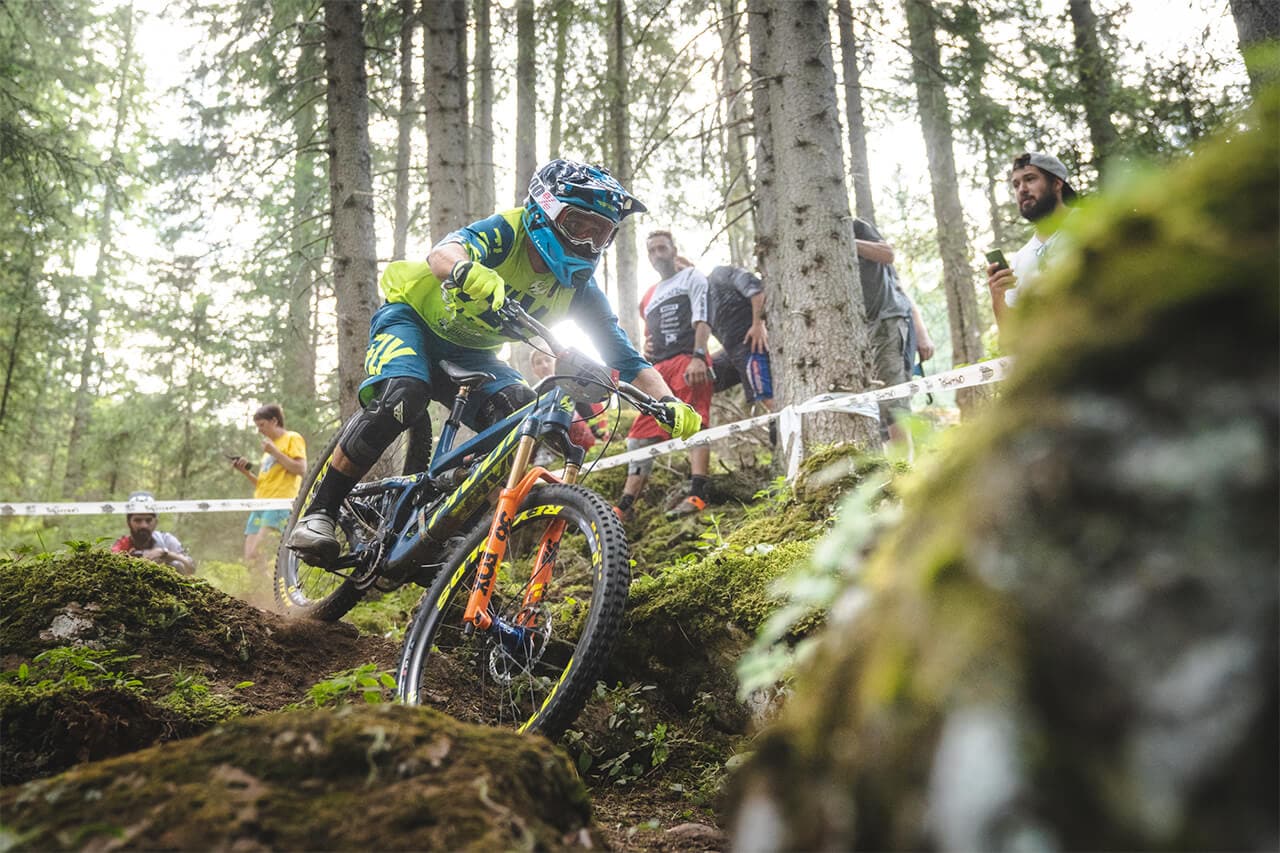 Ed Masters had a solid day and finished fourth overall. 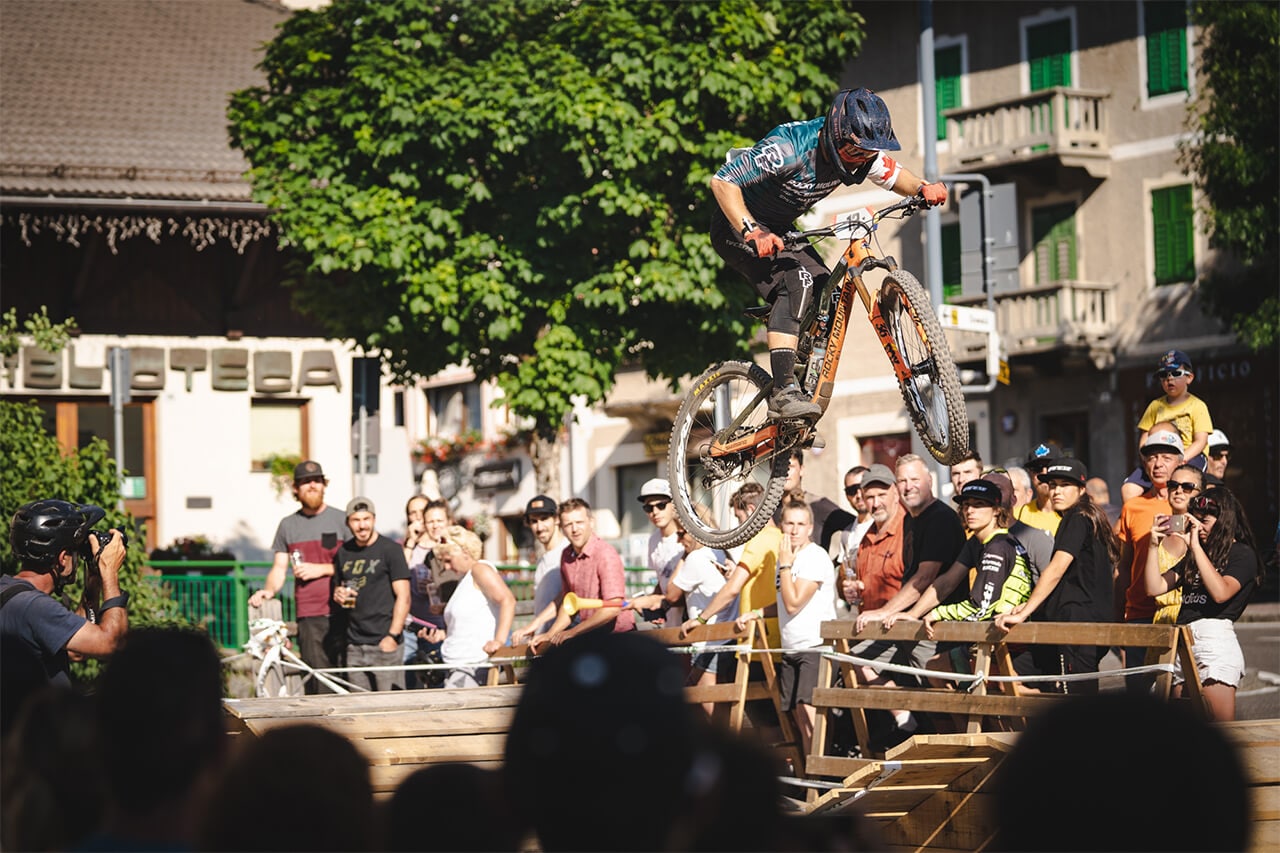 Remi Gauvin of Rocky Mountain/Race Face Enduro Team put on a good show for the fans. Long alpine climbs and steep descents made for a rowdy day of racing in Italy. 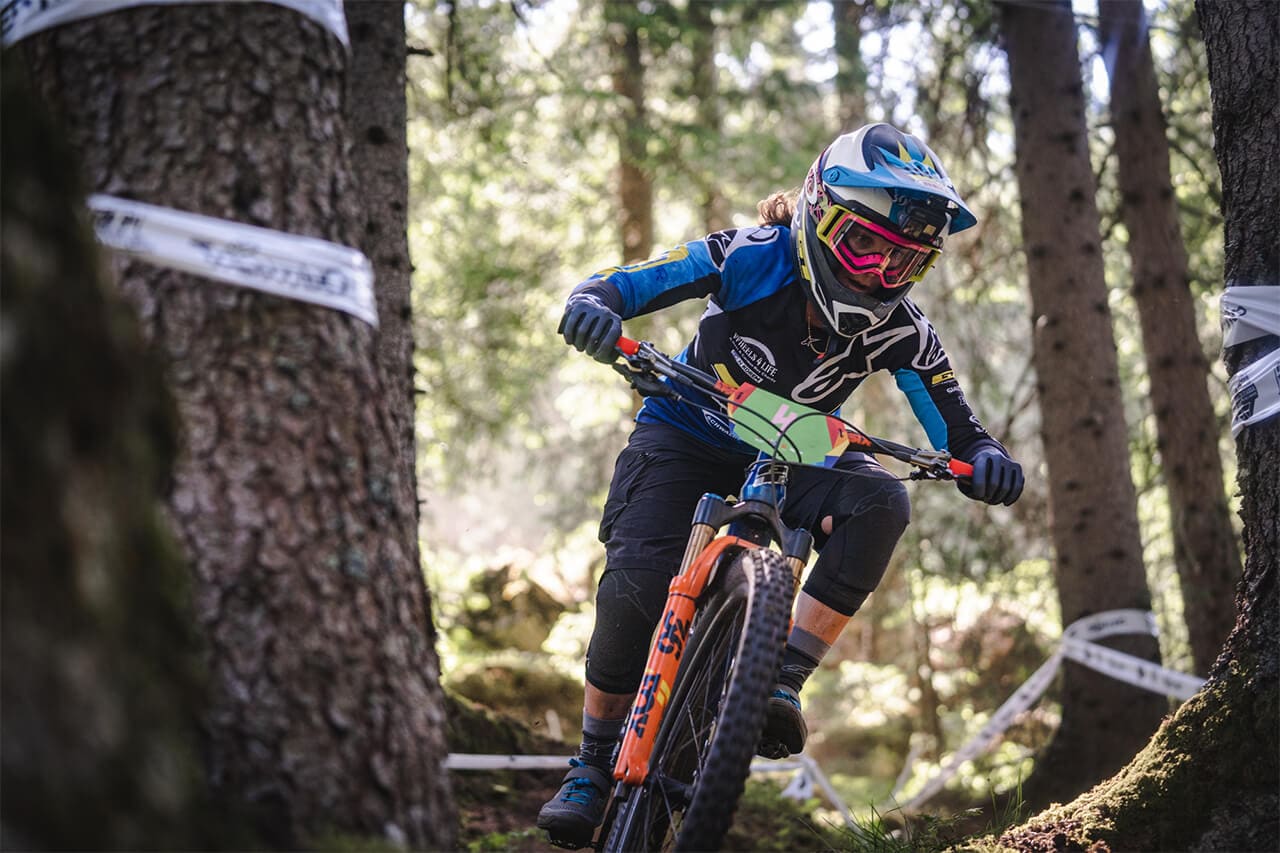 Noga Korem of GT Factory Racing stomped her way to third place overall with five consistent stages across the race. 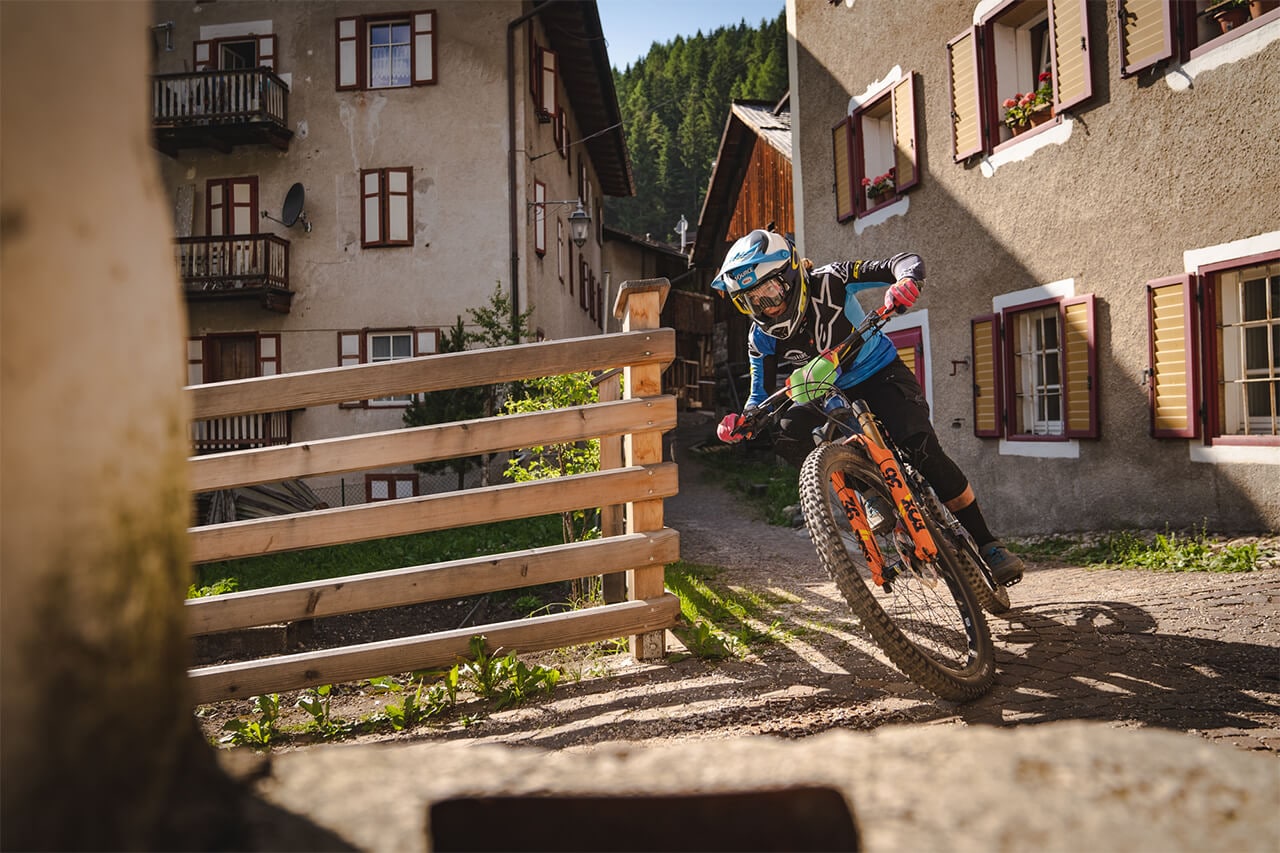 Noga Korem Racing through the small town of Canazei.

All smiles and plenty of goofing around for Greg Callaghan of Cube Action Team. 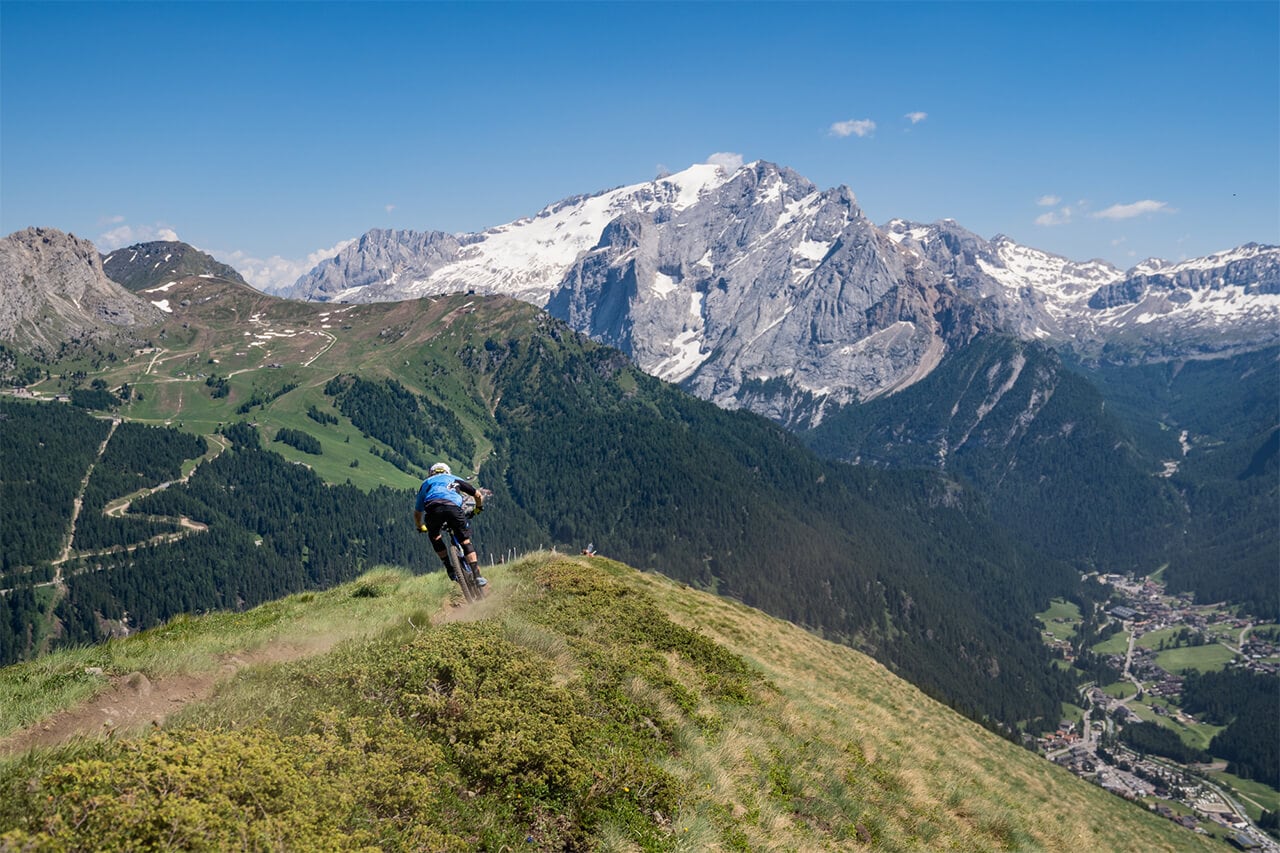 The Dolomites offered up a serving of fast and flowy trails as well as rocky, rooty, and technical terrain. All with a healthy dose of scenic views of snow-capped mountains and the lush, green valleys below.

Jesse Melamed in good spirits and having fun early on at Val di Fassa. 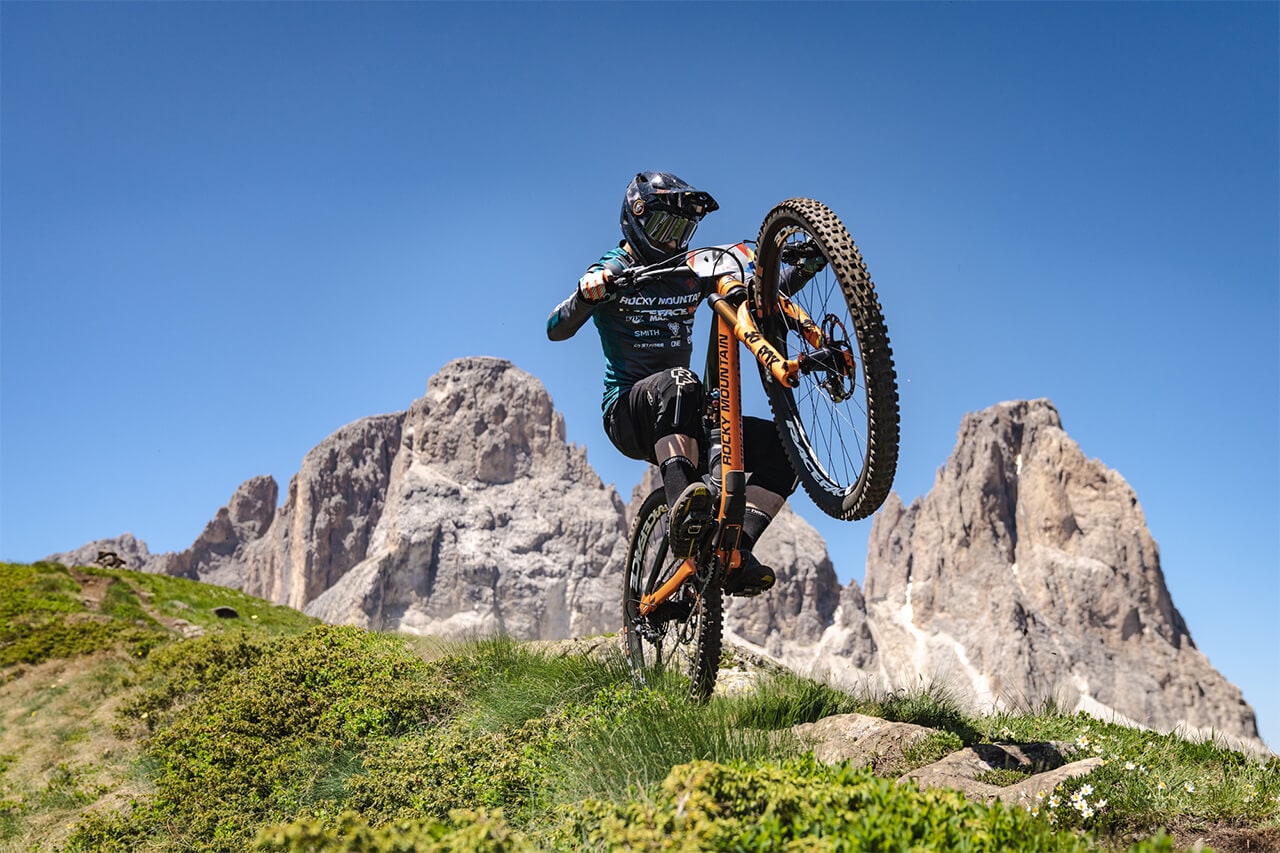 Unfortuantely, Melamed crashed during Stage 1, injuring his hand and leg taking him out of the rest of the race. 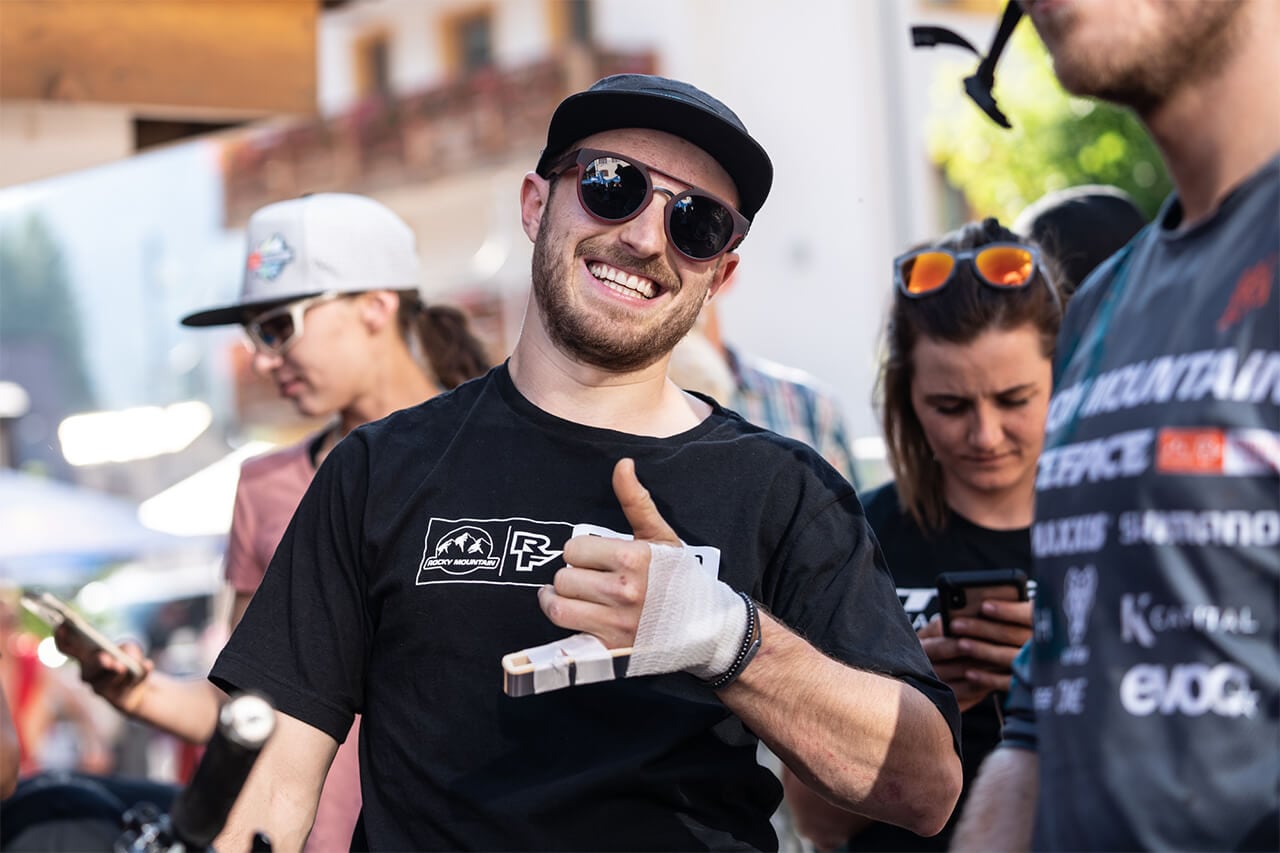 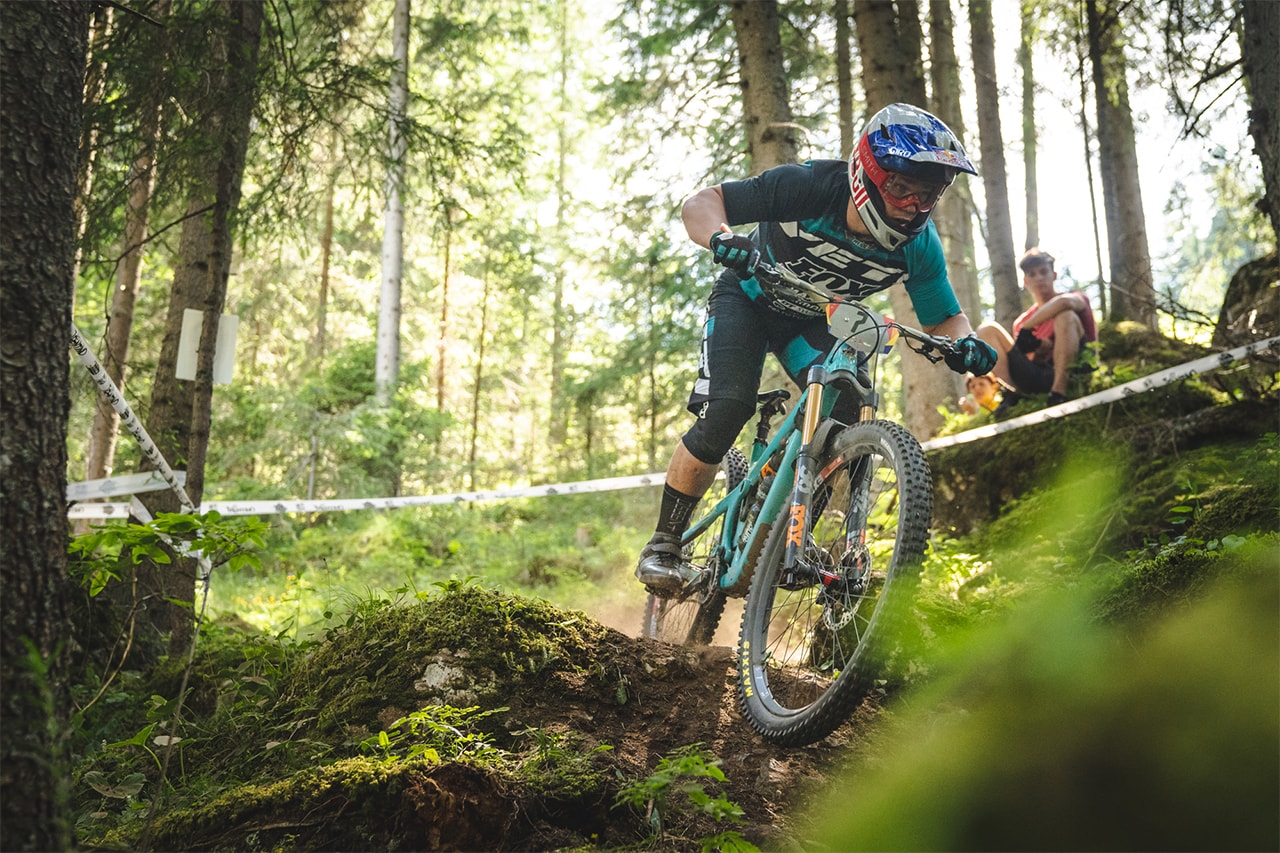 Richie Rude won the fourth round of the EWS by nearly 19 seconds. 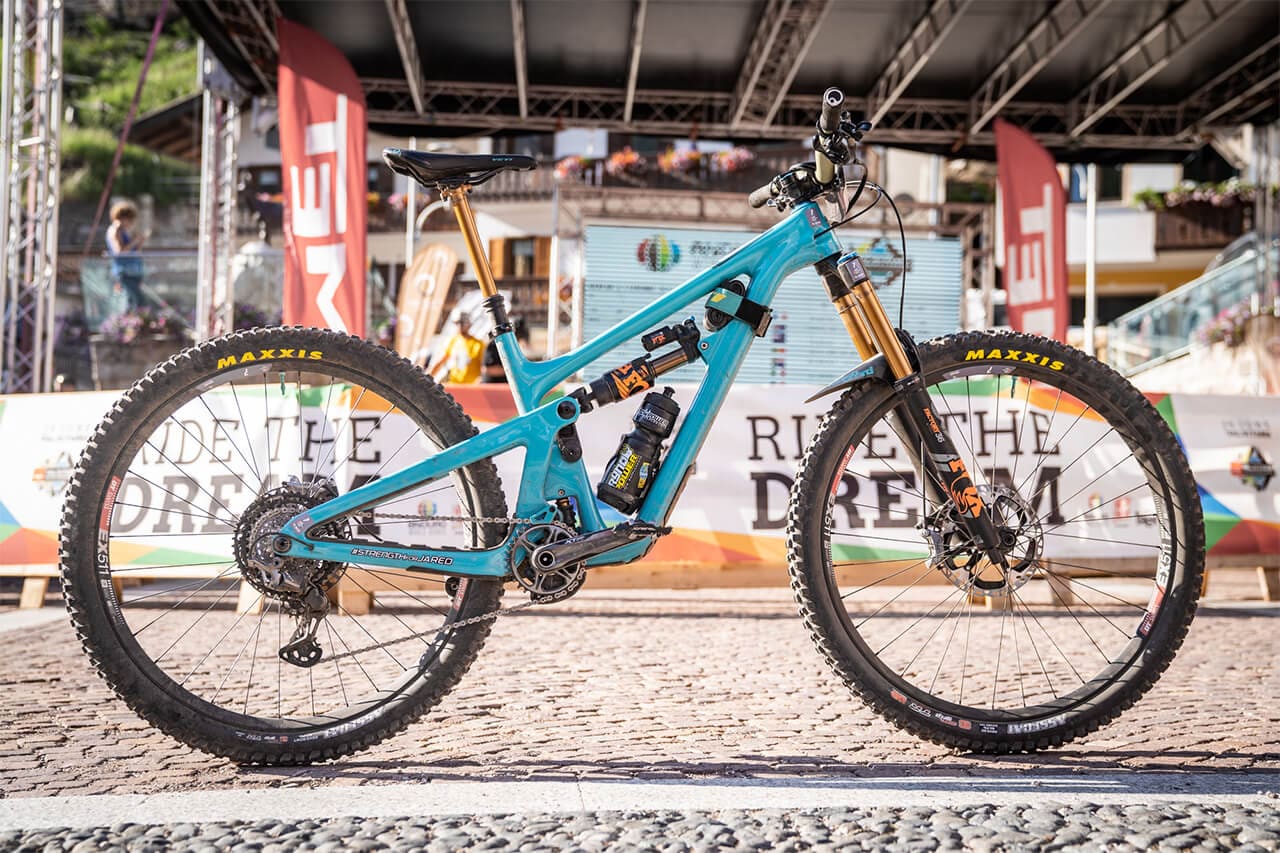 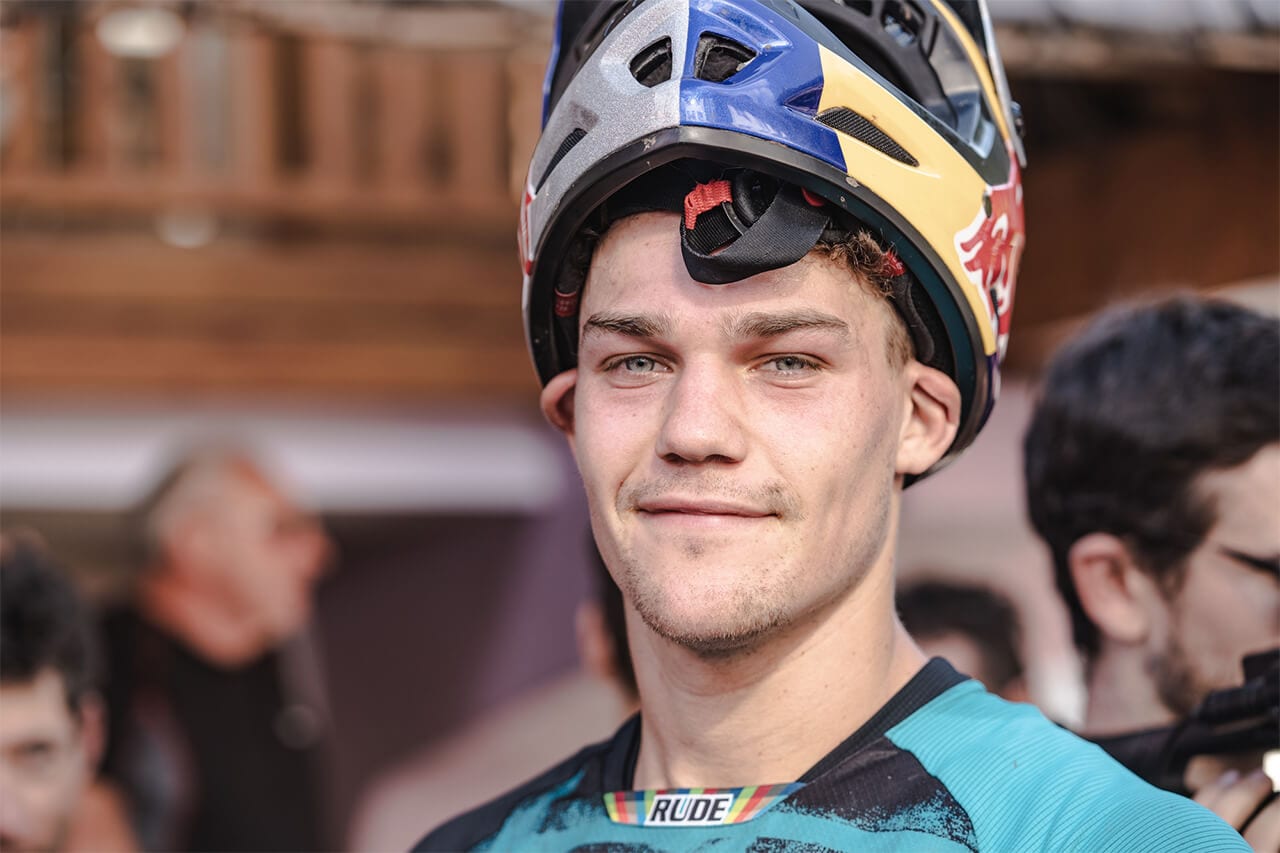 It was Richie’s first win this season but judging by his dominant performance in Italy, it won’t be his last. 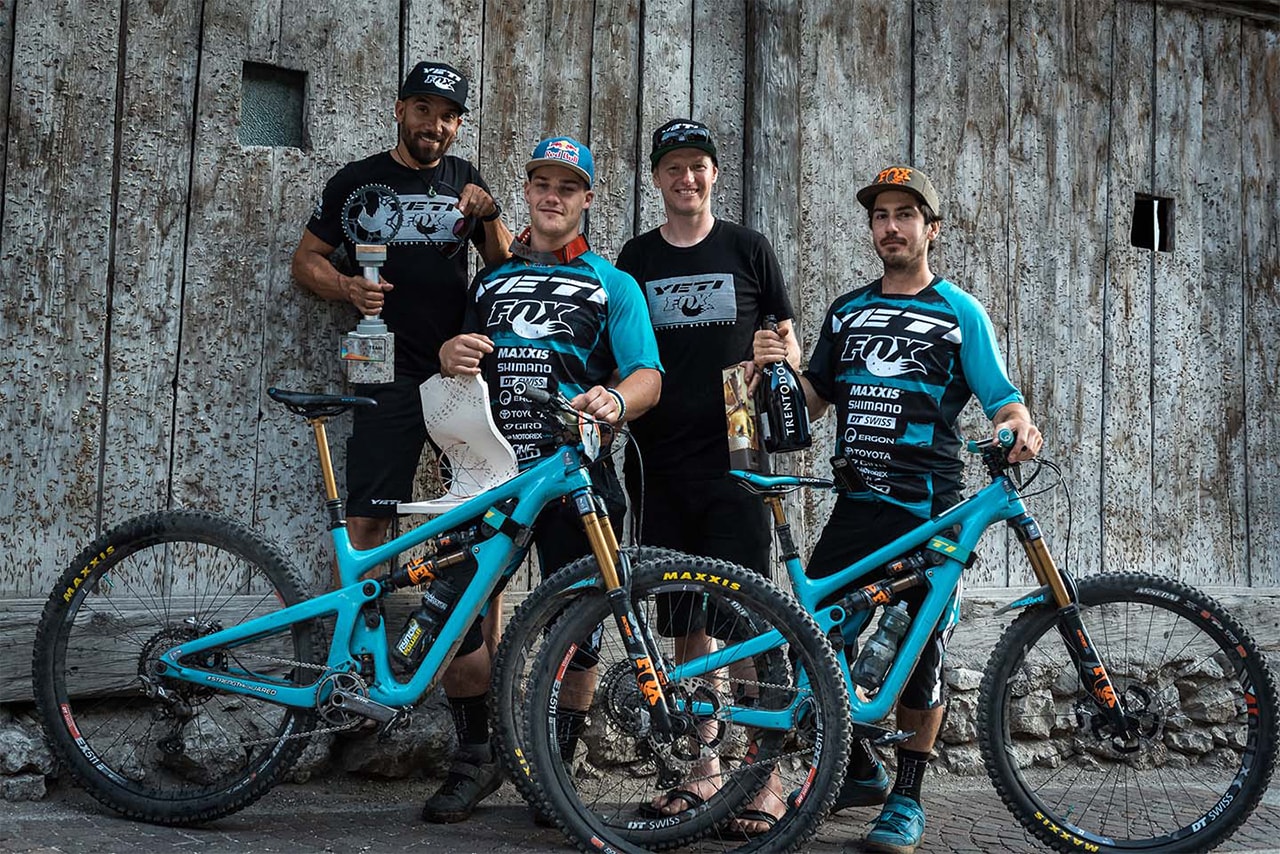