2019 Fox US Open of Mountain Biking Since the inception of the US Open of Mountain Biking back in 2003 the event has stood out as a special once a year unique gravity event. The US Open is just that, an “Open” race to any racer who would like to compete for the big win. Event organizers upped the ante once again this past weekend with a $10,000 first-place prize for both the men’s and women’s Open Downhill. The US Open has always been an East coast event, but for the first time, it moved to the opposite coast to the Snow Summit Resort in Big Bear Lake. Snow Summit was considered the mecca for southern California mountain bike racing back in the 90’s, but due to various reasons Snow Summit eventually shut down all mountain biking at the resort. In more recent years Snow Summit has re-opened, and thanks to some new owners the resort is back with more trails than ever.

In addition to the open class, there was also amateur class racing for bragging rights as well as the Next-Gen Youth Downhill event that had categories for riders under 15 years old. Sign-ups for the Next-Gen category saw well over 100 entries! Also included in the program was the adaptive class which saw multi-time motocross champion Doug Henry take the win on a specially customized 2 wheeled bicycle.

The US Open included a few other notable events that were very exciting that featured the USO Best Whip Comp and a classic Dual Slalom. Also, the California Enduro Series ran their final event of the year during the US Open which included 340 riders!

Shimano local Big Bear athlete Craig Harvey aside from having some very good bike skills has some chainsaw skills too! Craig and Shimano Mountain Bike Marketing Manager Joe Lawwill showing off their handmade bike stands that were made from some local Jeffery Pine trees to show off our 12-speed XTR, XT and SLX show bikes. 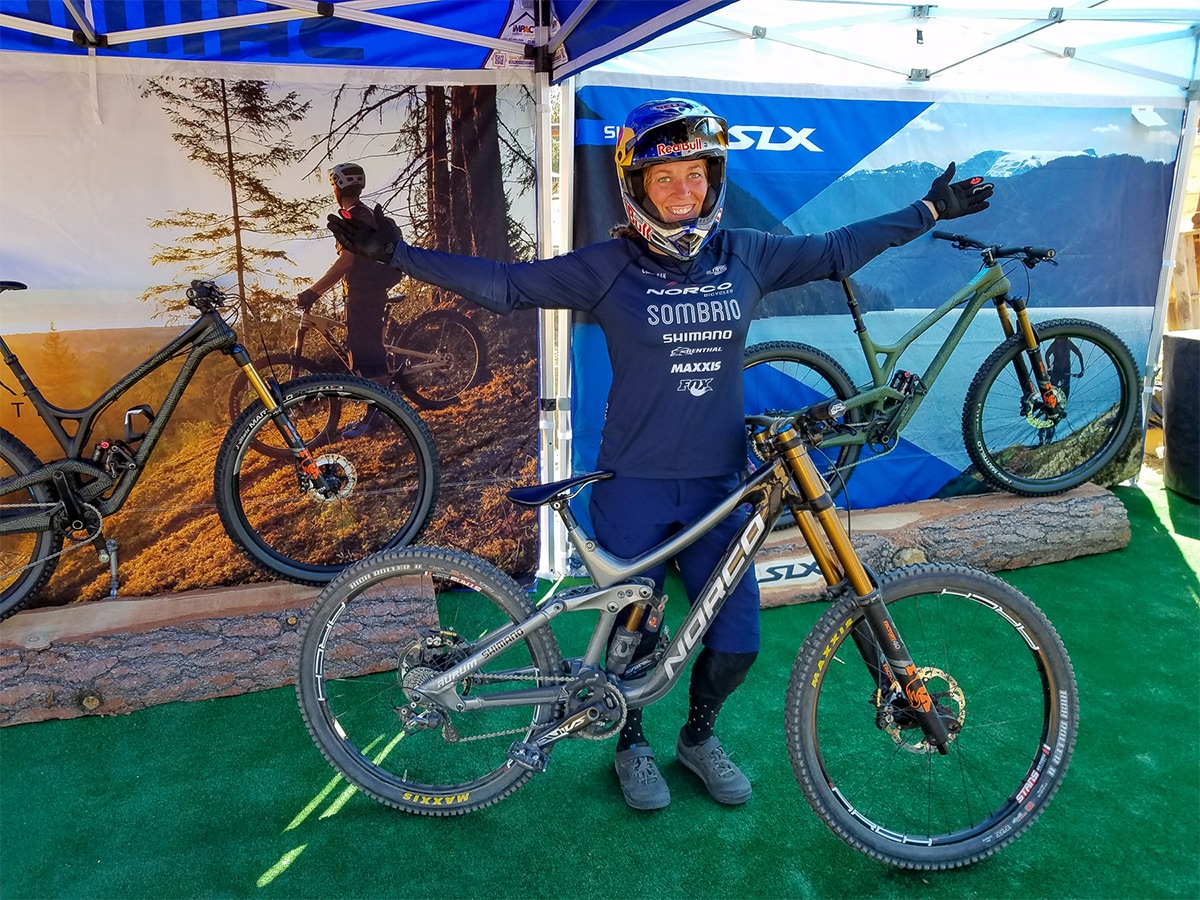 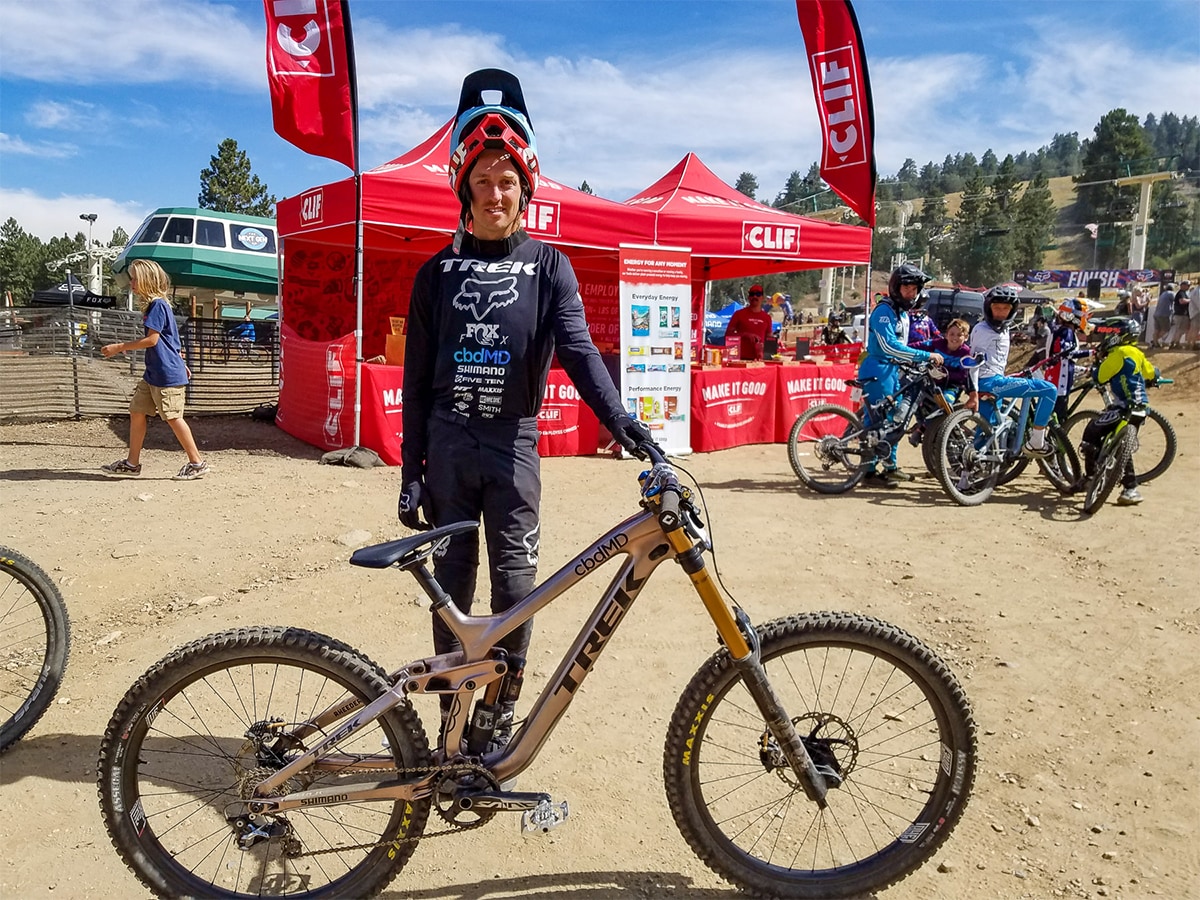 Brett Rheeder turns out to have some real DH chops and took a respectable 14th place on the challenging Big Bear DH course. 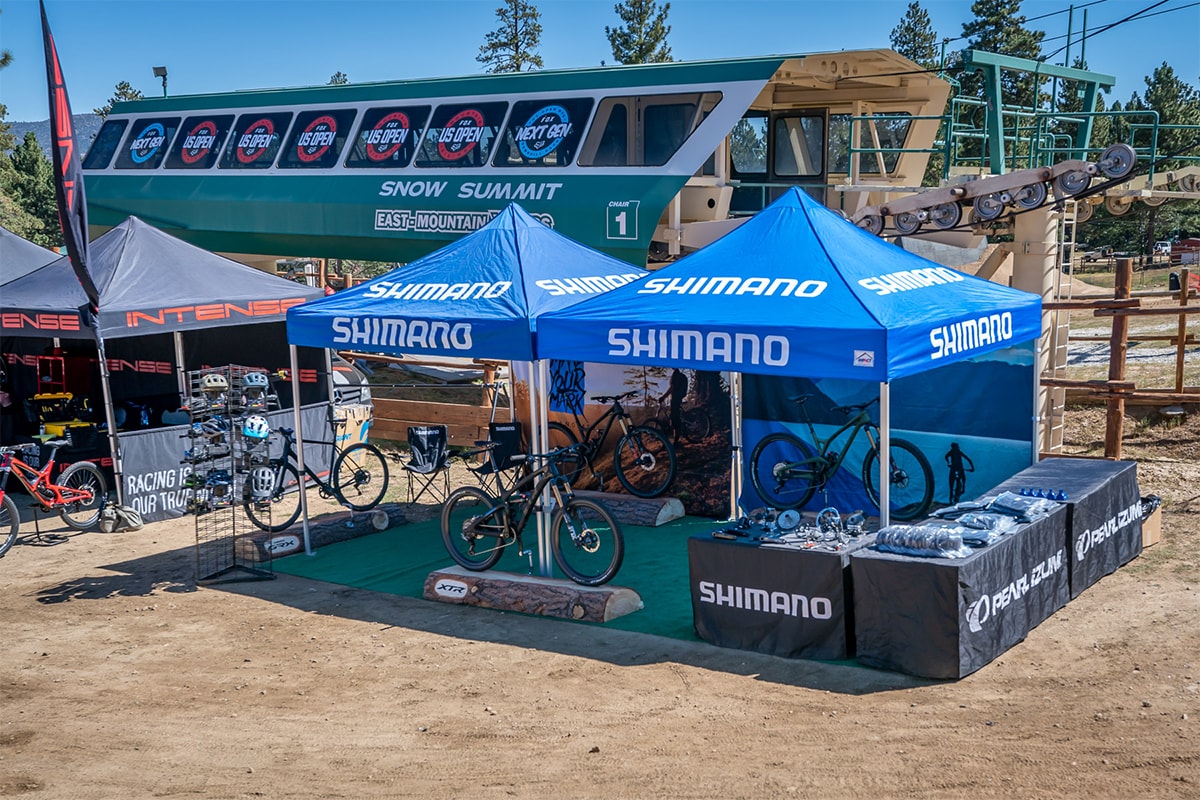 Aside from supporting athletes with tech support down in the pits, we were also on hand to show off our latest 12-speed products and give away lots of Shimano hats and T-Shirts! 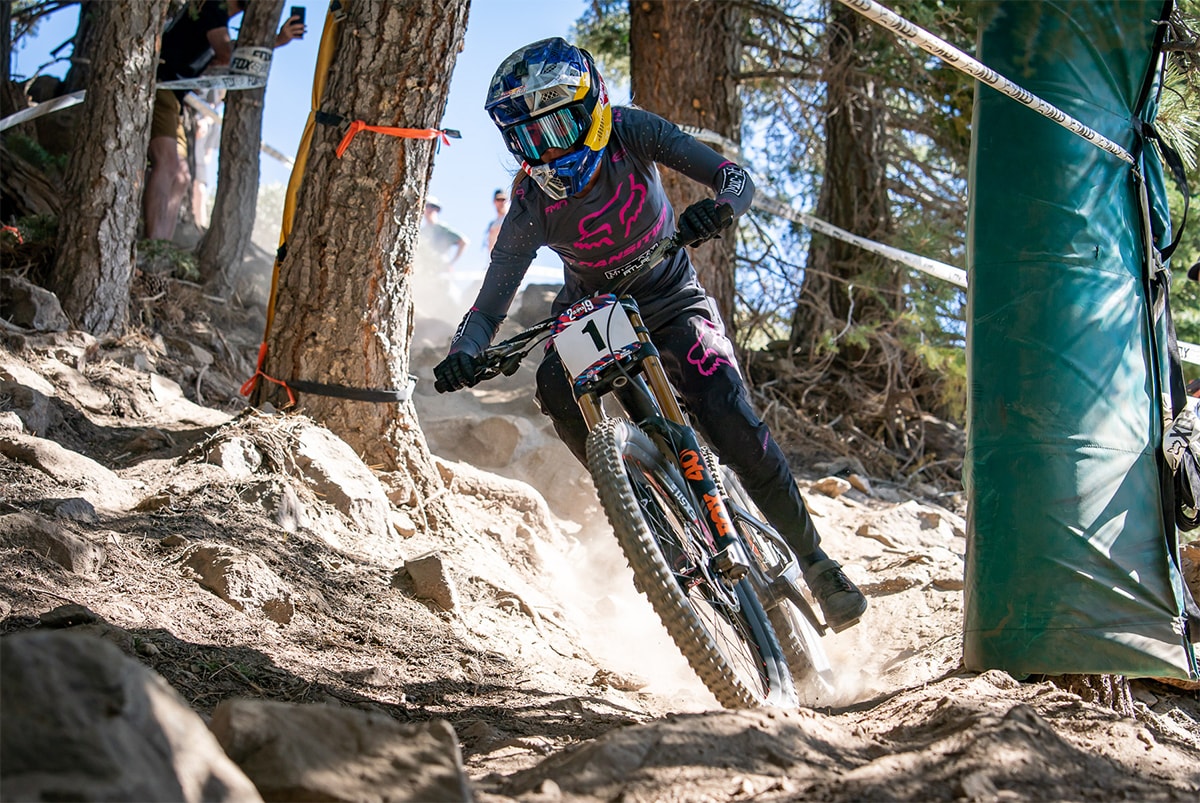 Tahnée Seagrave fresh off her silver medal performance at the World Champs in Mt St Anne was looking fast and taking the fastest qualifying spot, but had to pull out of the race the next day due to illness. Rest up Tahnée we hope your feeling better! 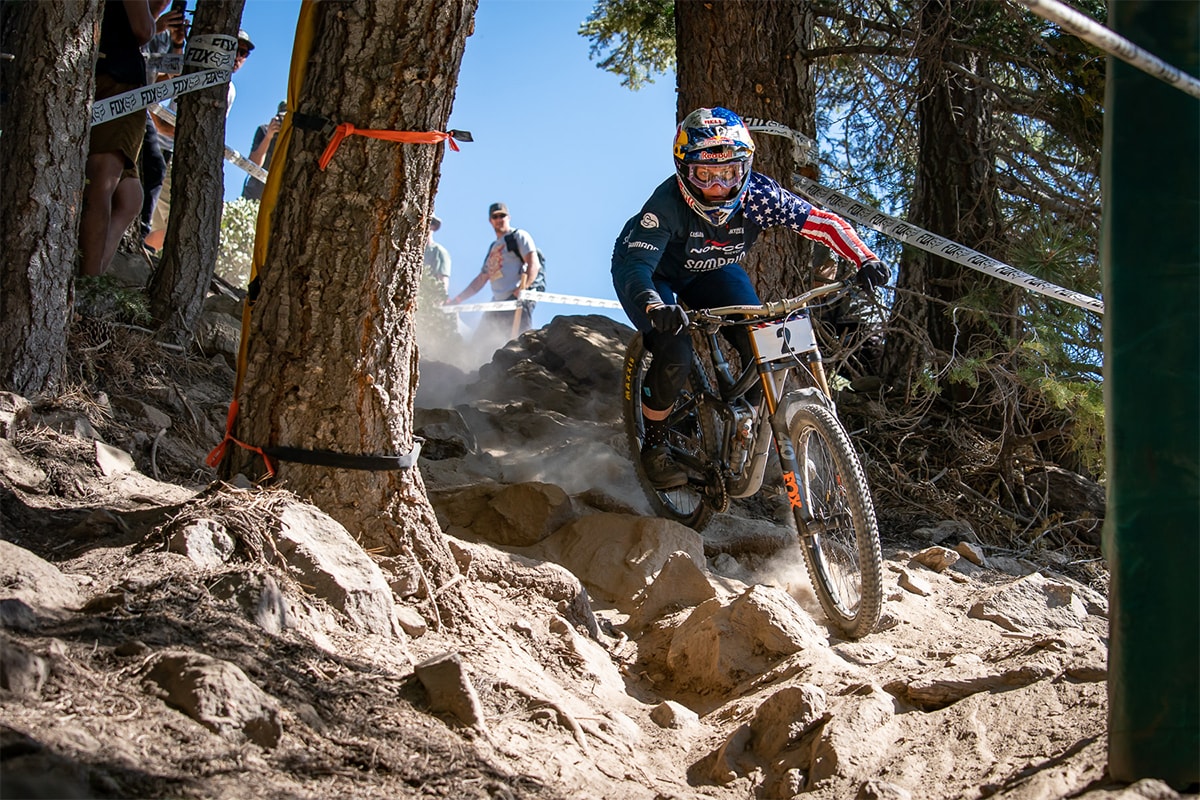 Jill Kintner navigating one of the more tricky rock gardens en route to a $10,000 payday! 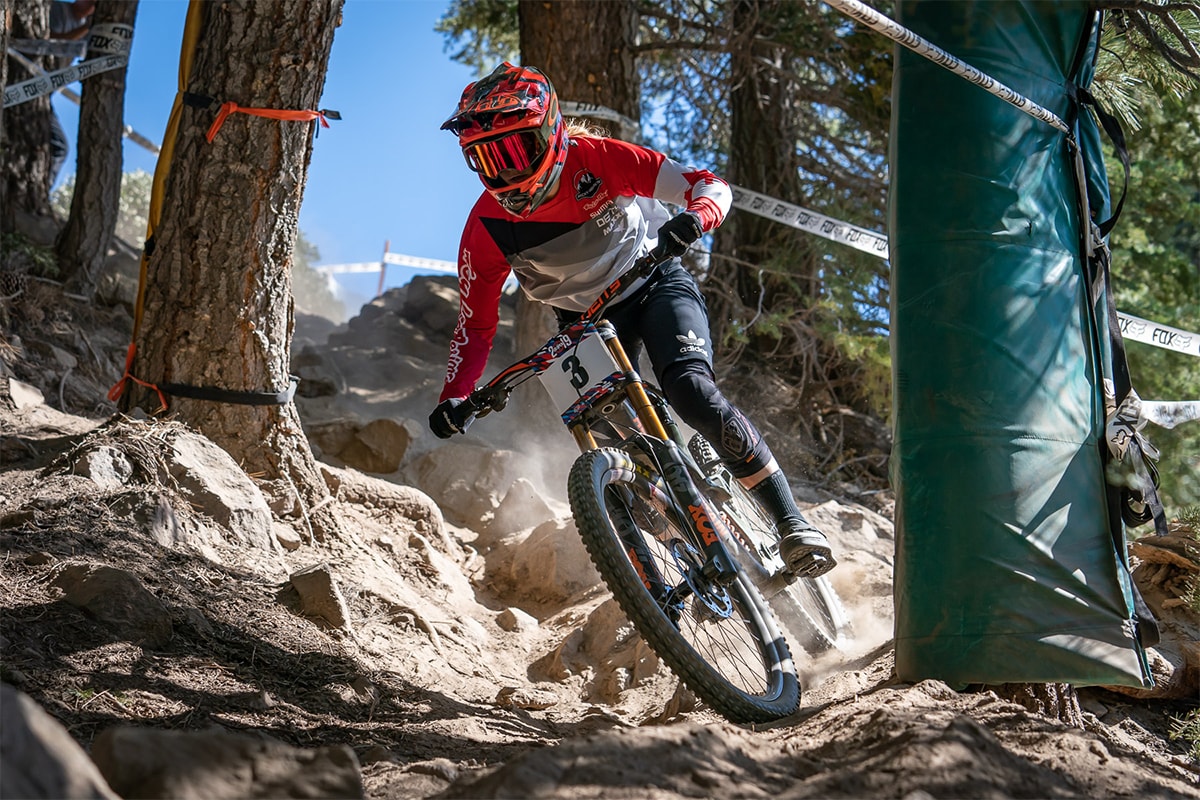 Vaea Verbeeck the Queen of Crankworx 2019 continues to show lots of speed taking a solid second place behind Jill Kintner in the women's open downhill. 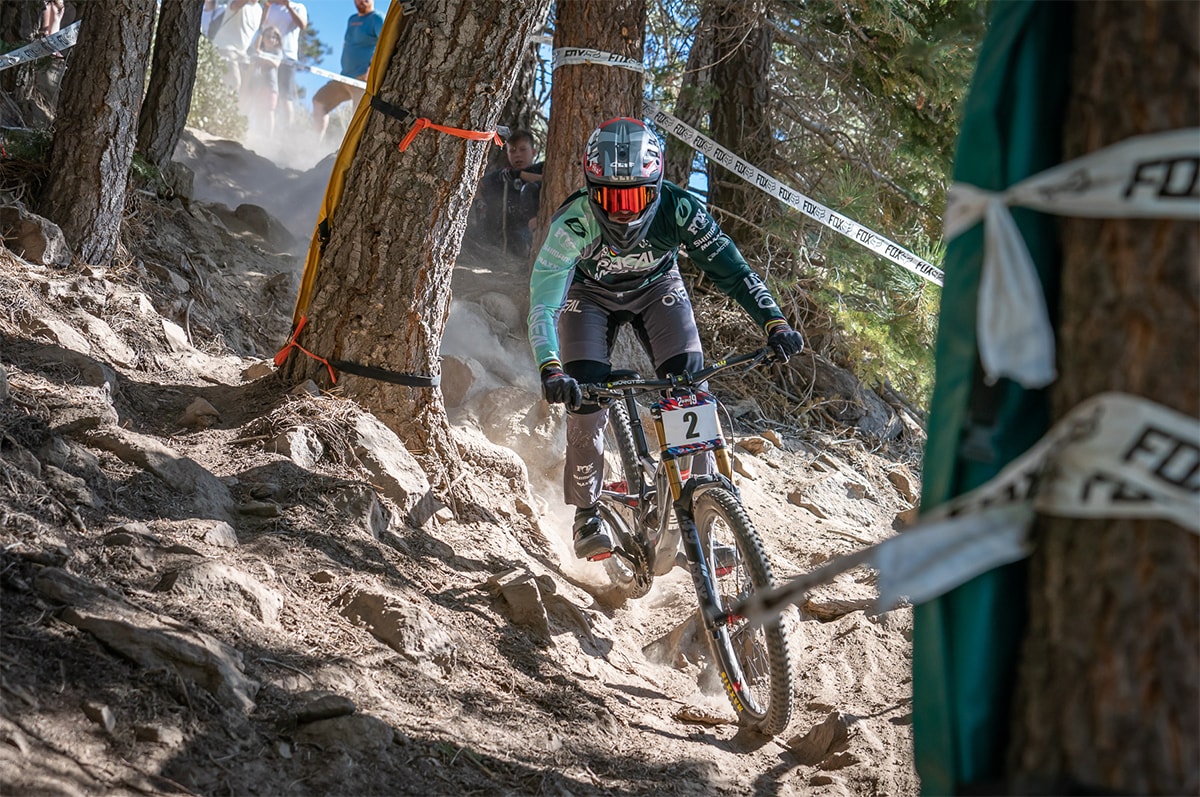 The Goat (Greatest Of All Time) Greg Minnaar hadn’t raced in Big Bear since 2002! He was super excited to be back and took that enthusiasm to a very close second place behind current World Champion Loic Bruni. Greg already said he is looking forward to coming back next year to try to find that half-second that he lost by! Luca Shaw of the Santa Cruz Syndicate Team rode a smooth race to finish in 4th. 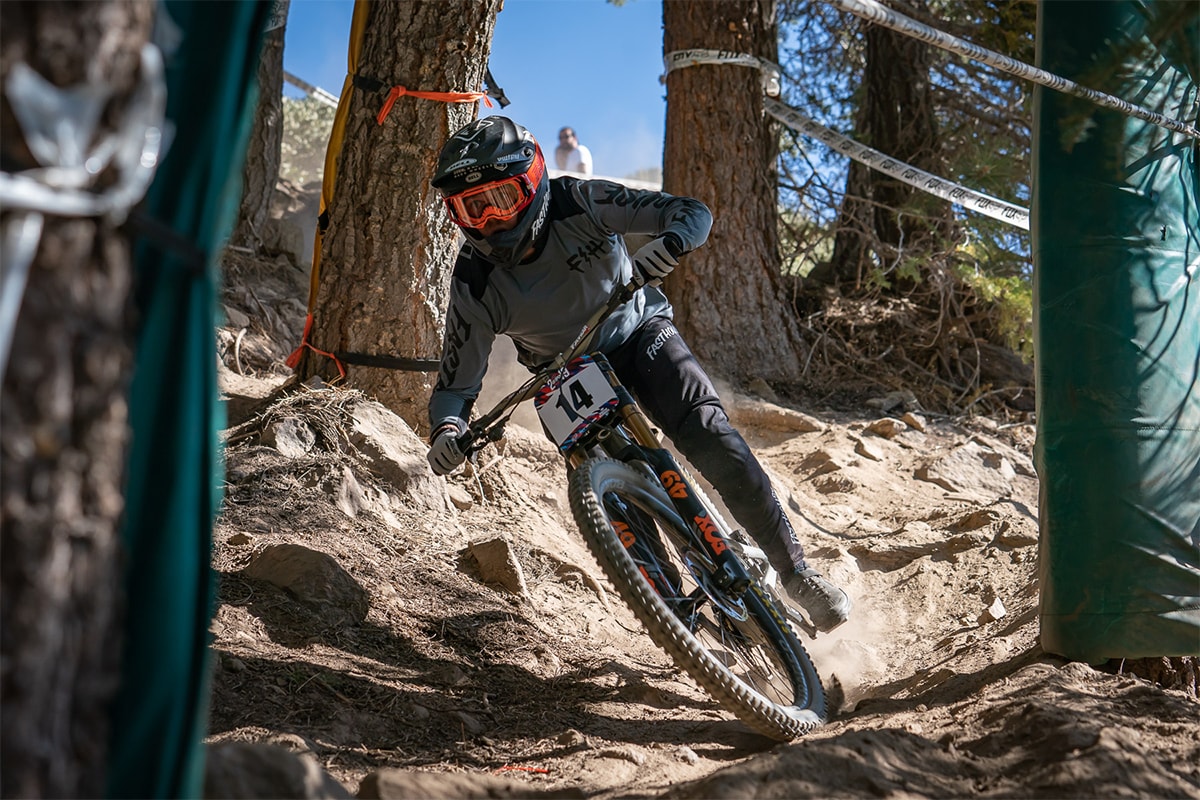 Local boy (sort of) Cole Picchiottino has the Big Bear mtn in check. Cole finished 1st and qualifying and just missed the win by just over a second. Not bad considering both riders that placed ahead of him have multiple world championships under their belts! Cole Picchiottino passing the “Make Your Mark” split time. Cole definitely made his mark and turned a lot of heads with his great riding. 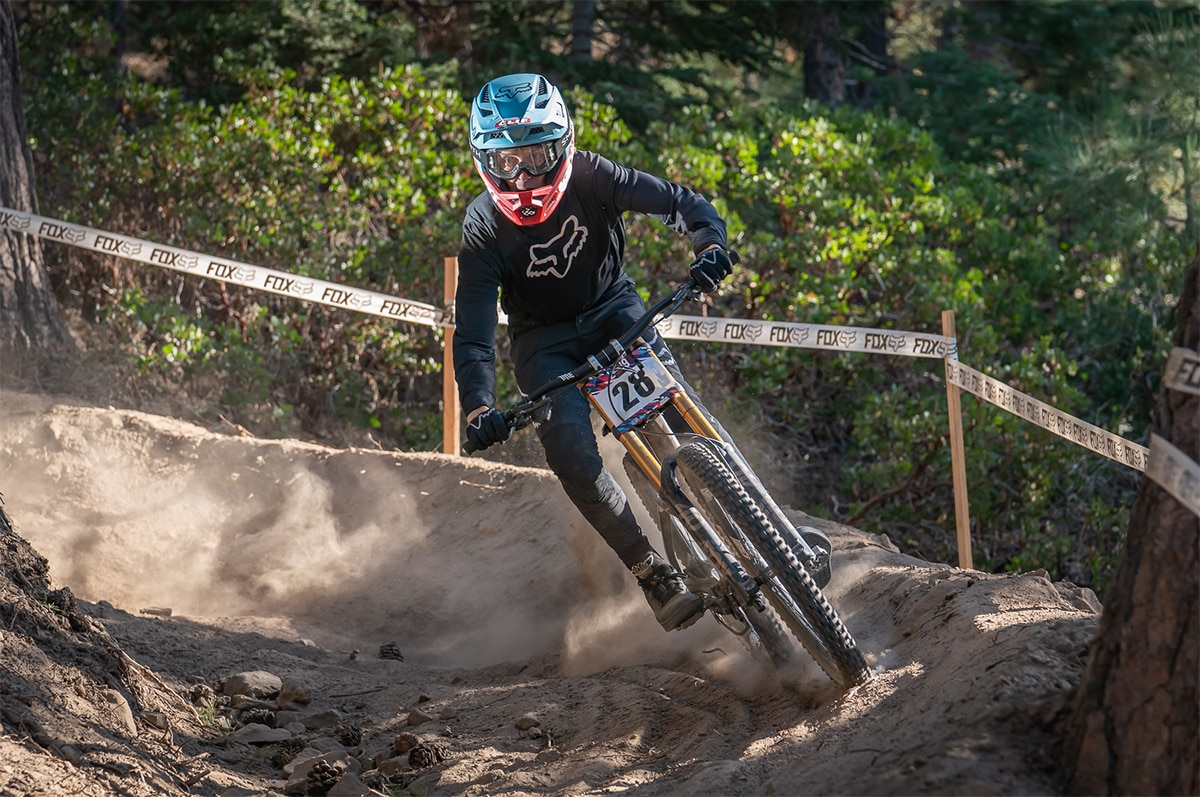 No doubt about it Brett had his race face on when it came time to race! 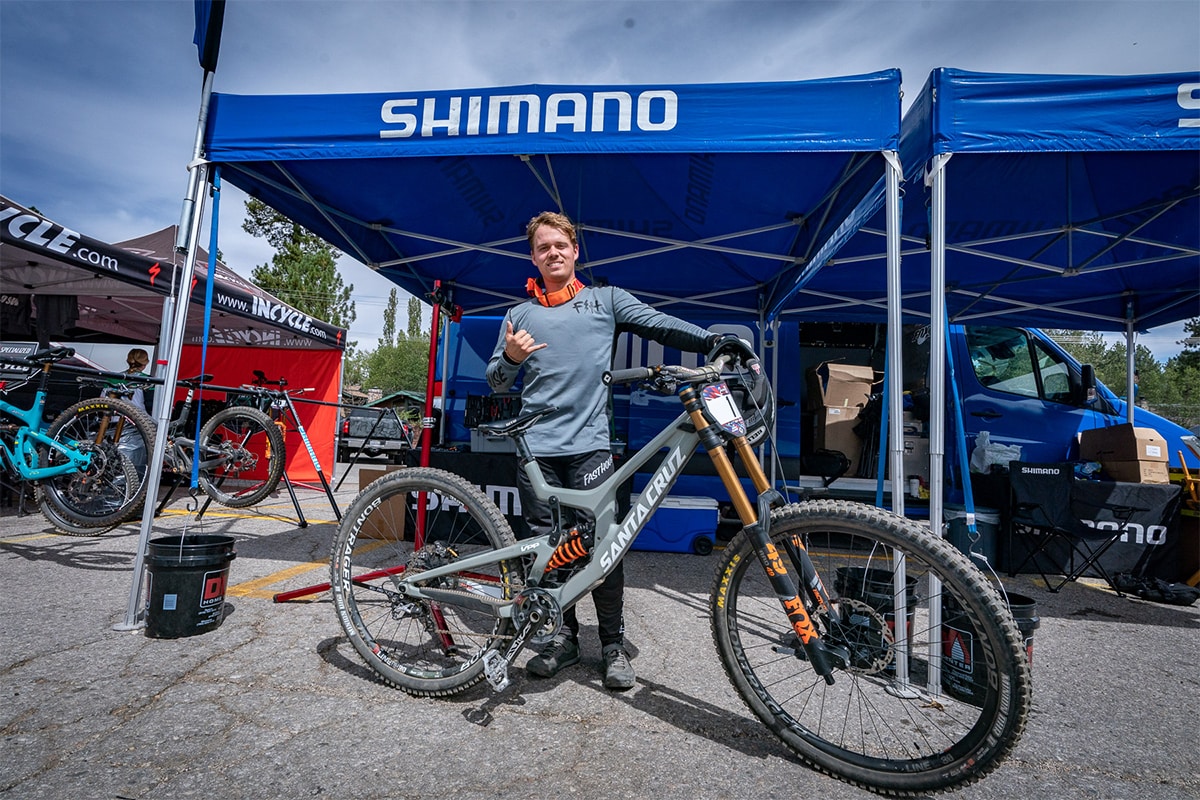 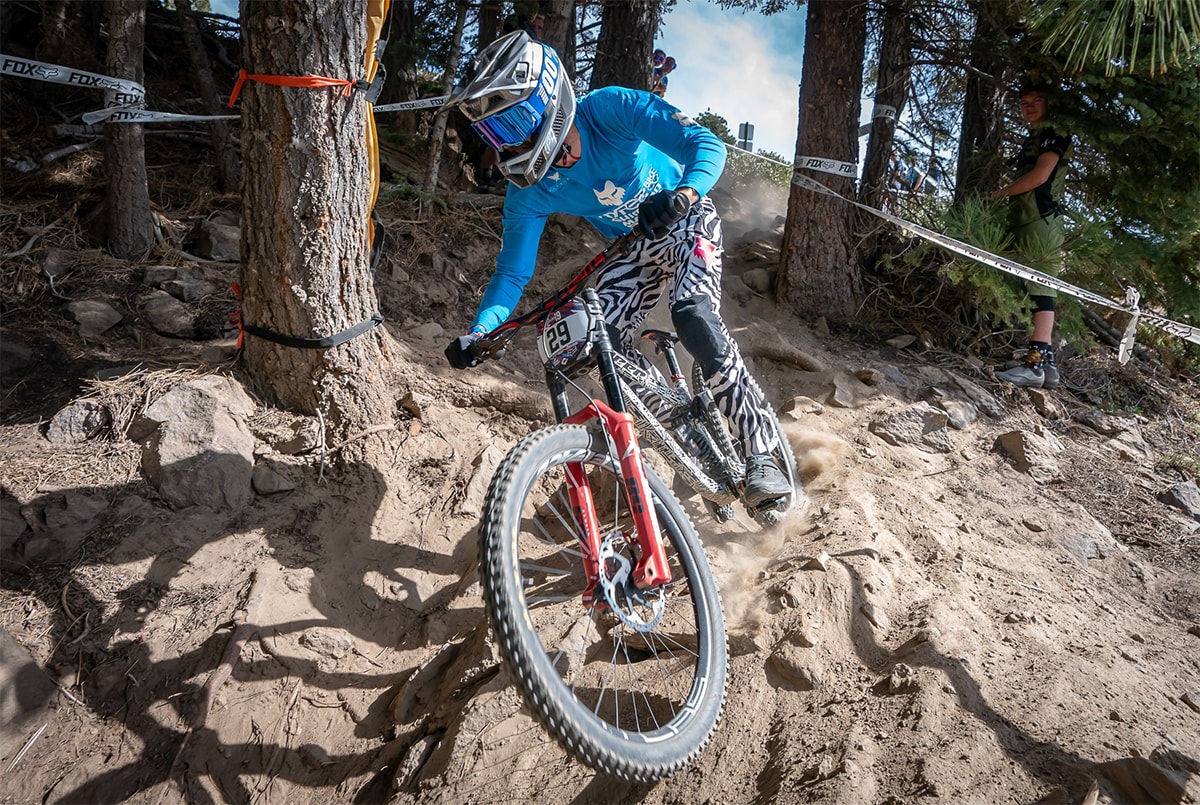 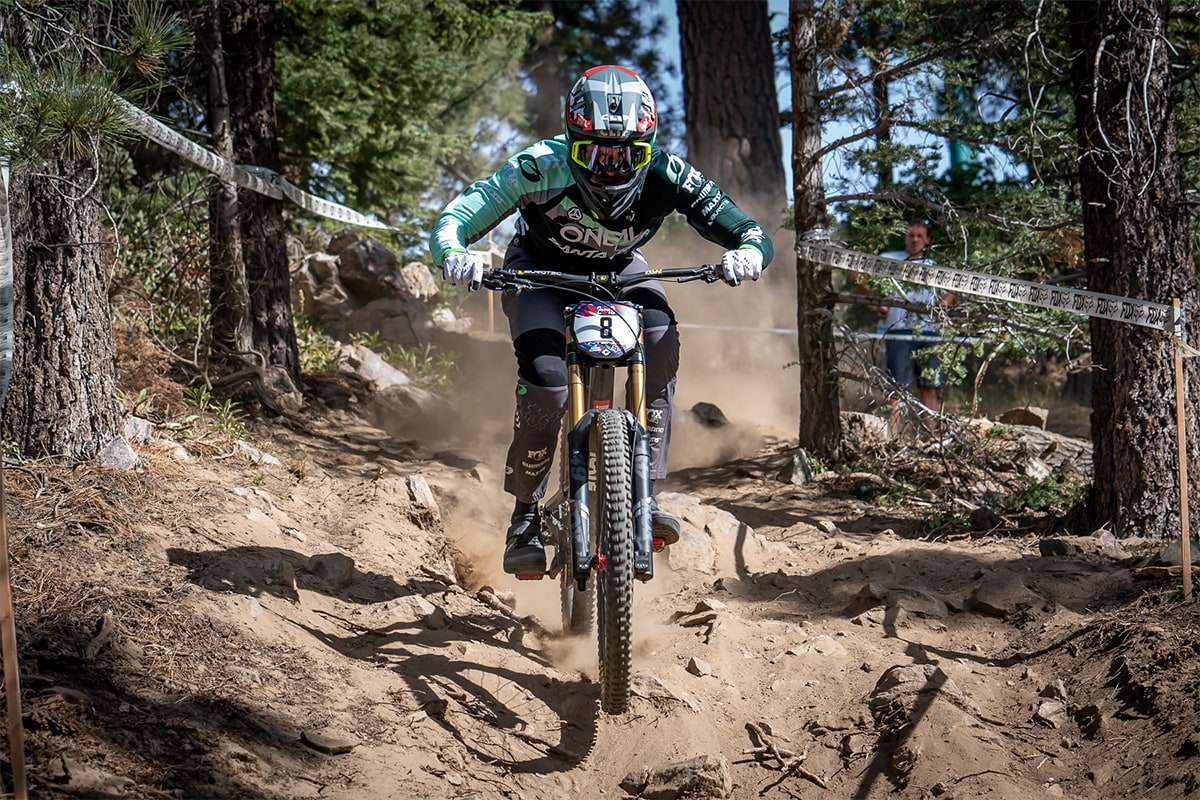 Greg Minnaar on the lower part of the course keeping things in check. 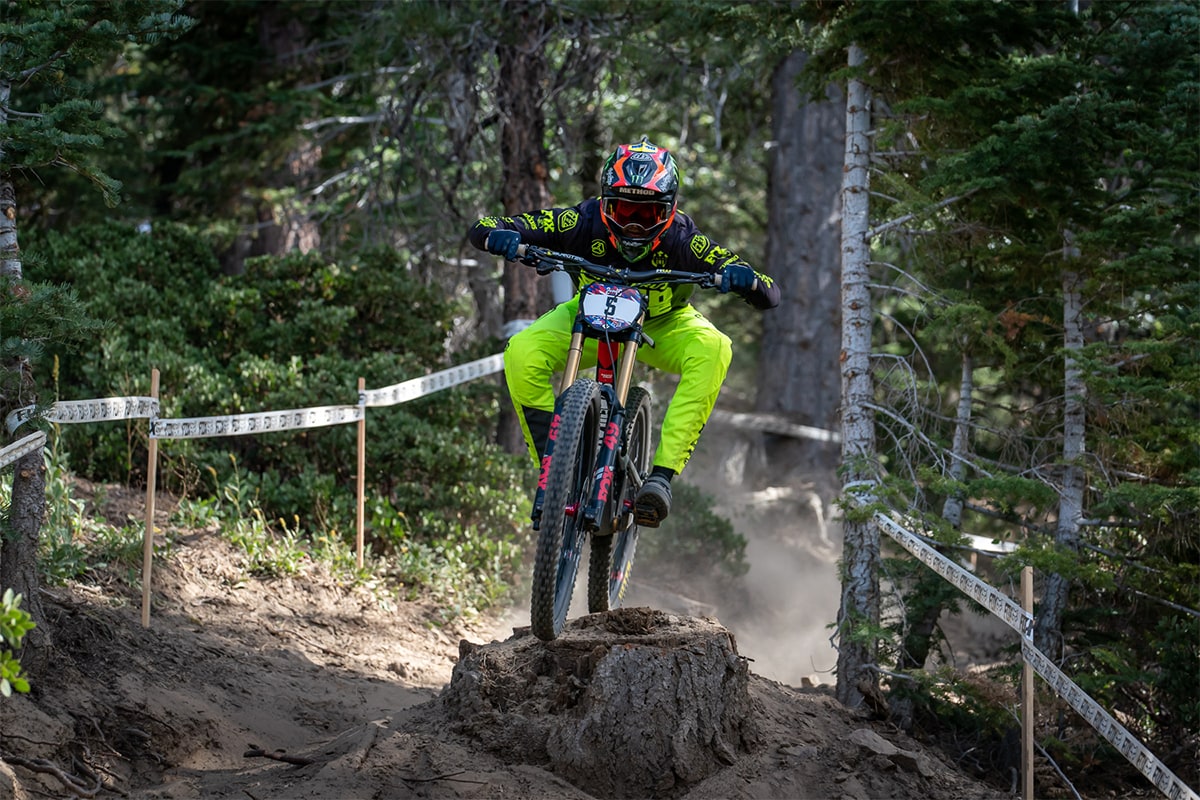 Luca Shaw soaking up a tree stump at high speed! 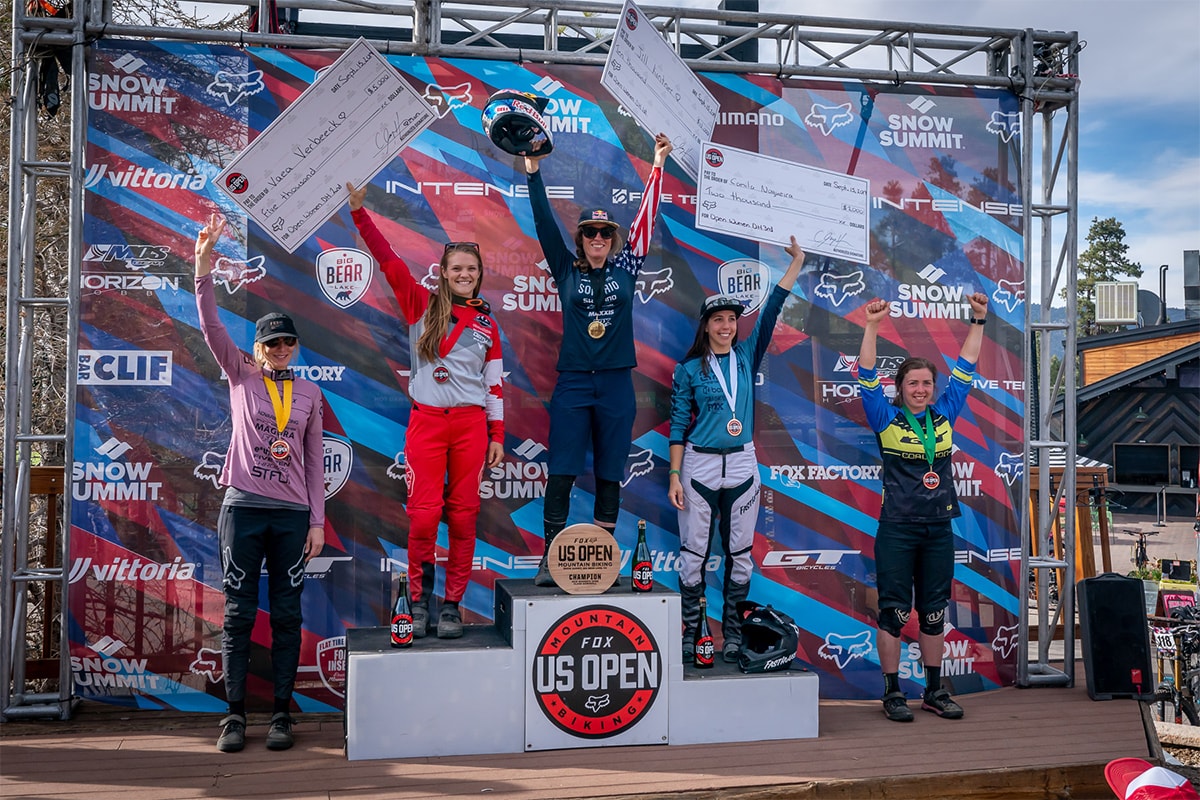 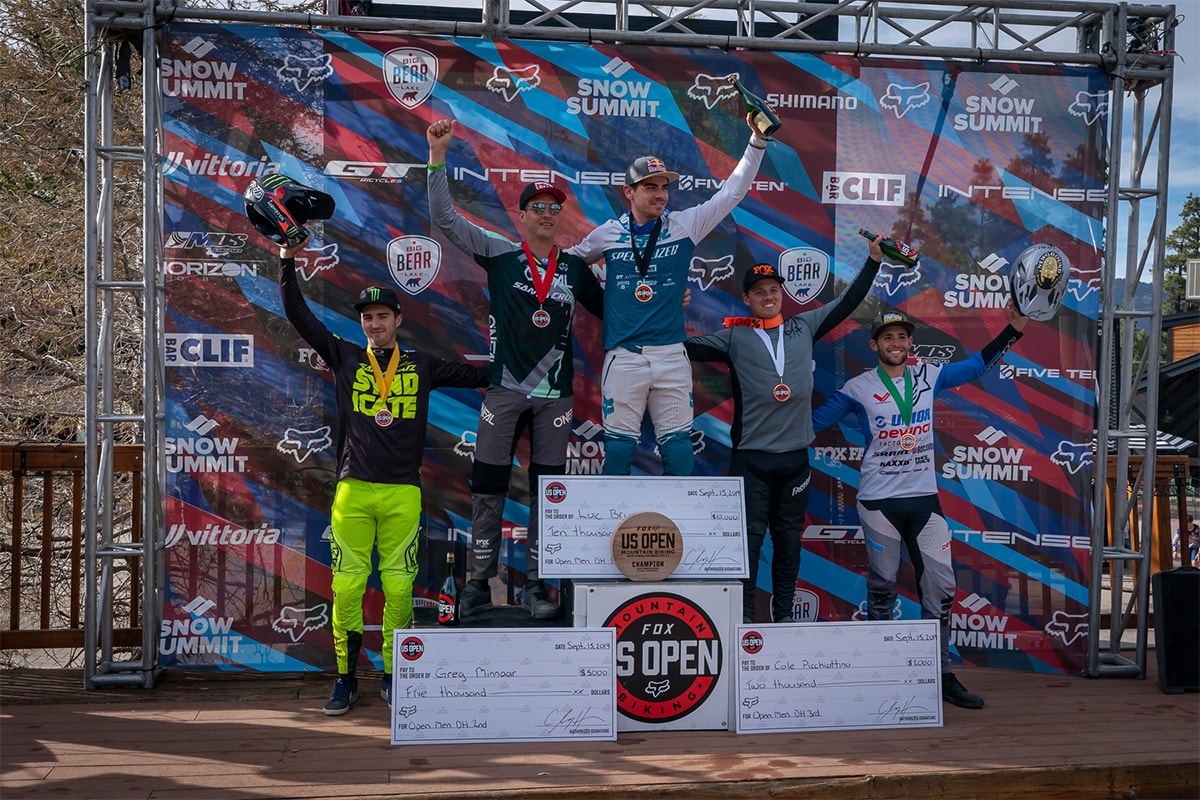 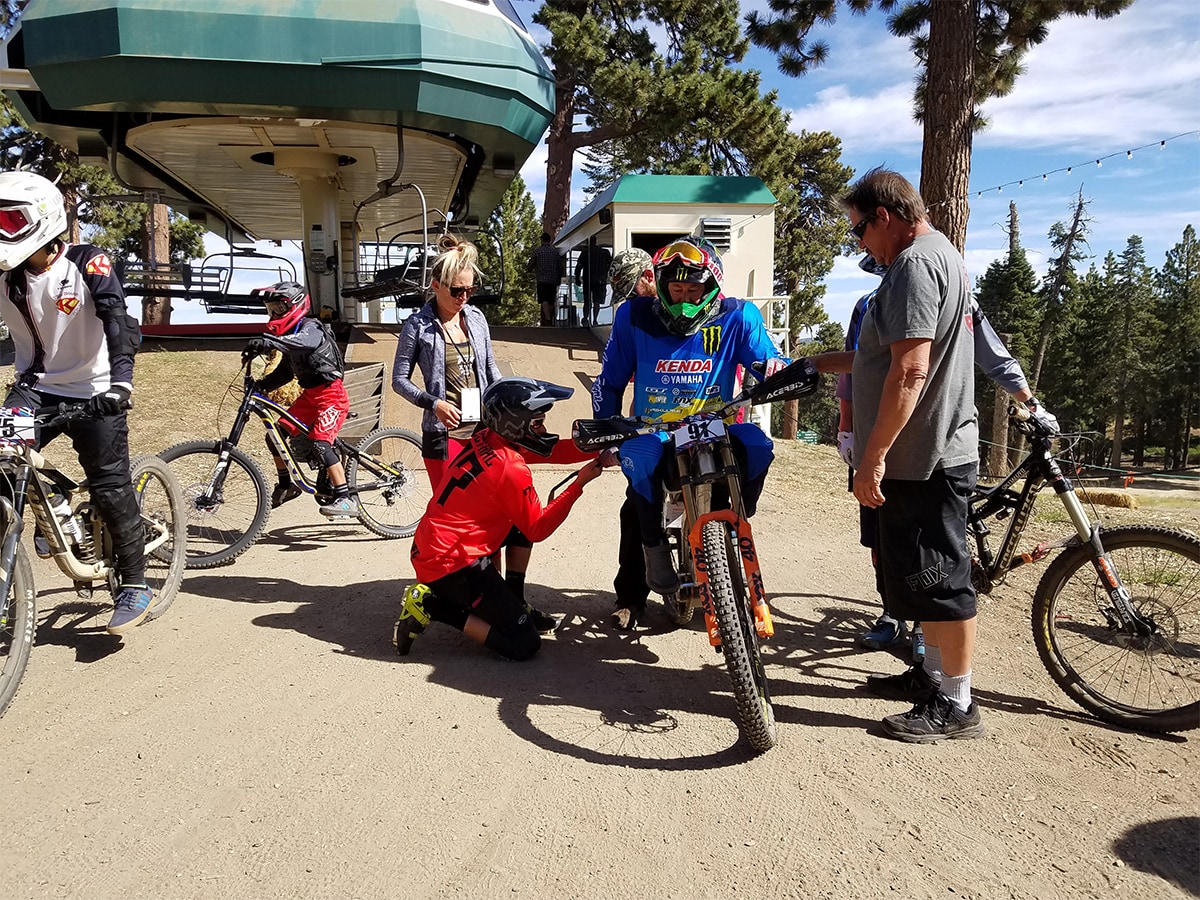 Its no easy task for the adaptive riders to get to the start line. 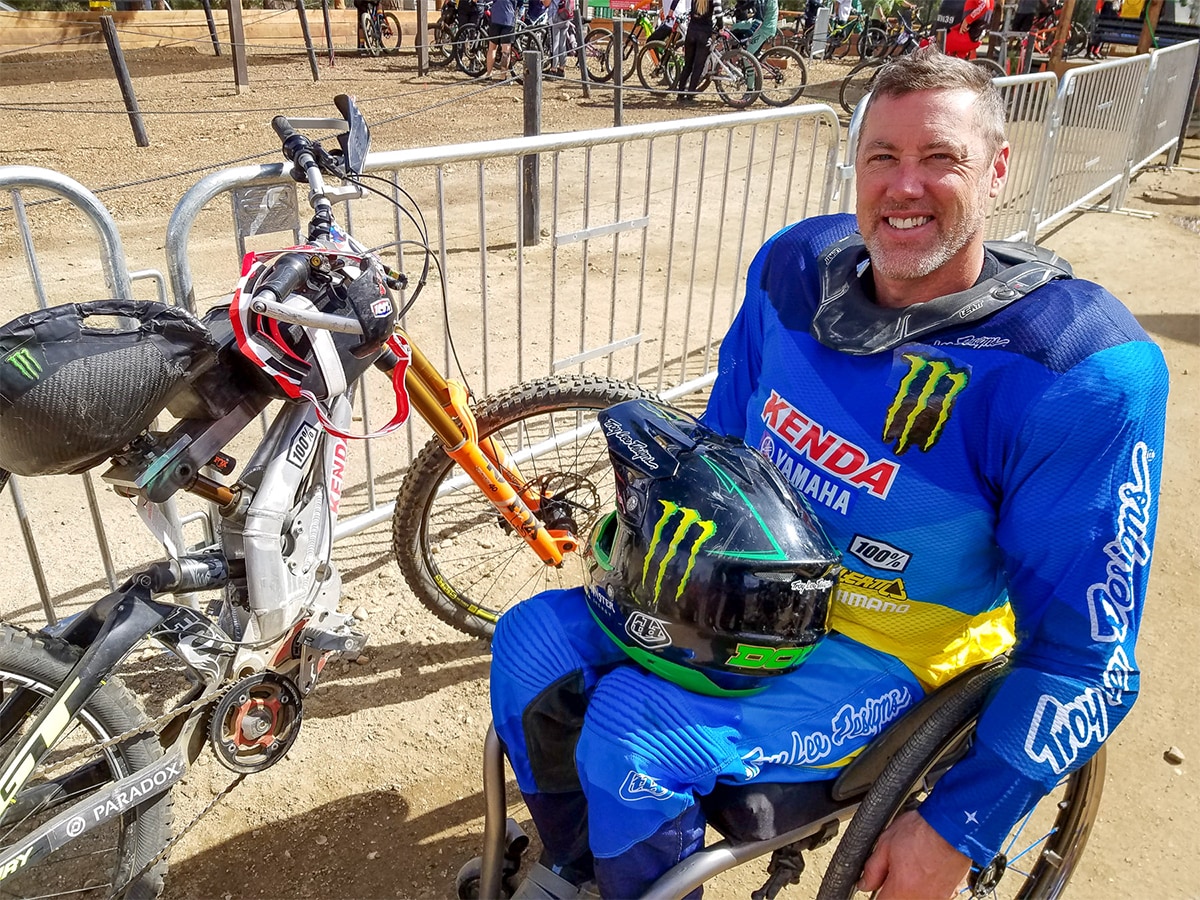 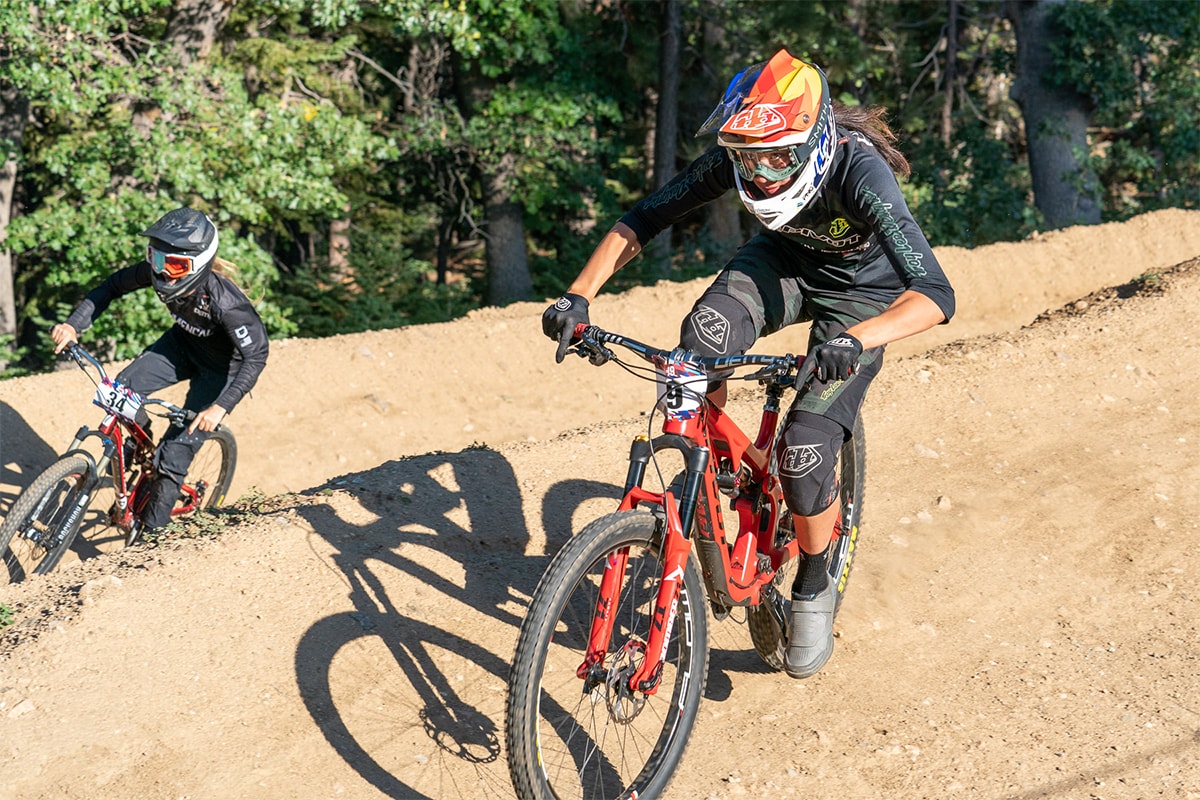 Kianlani Hines sprints out of one of the fast upper bowl turns on the slalom course. 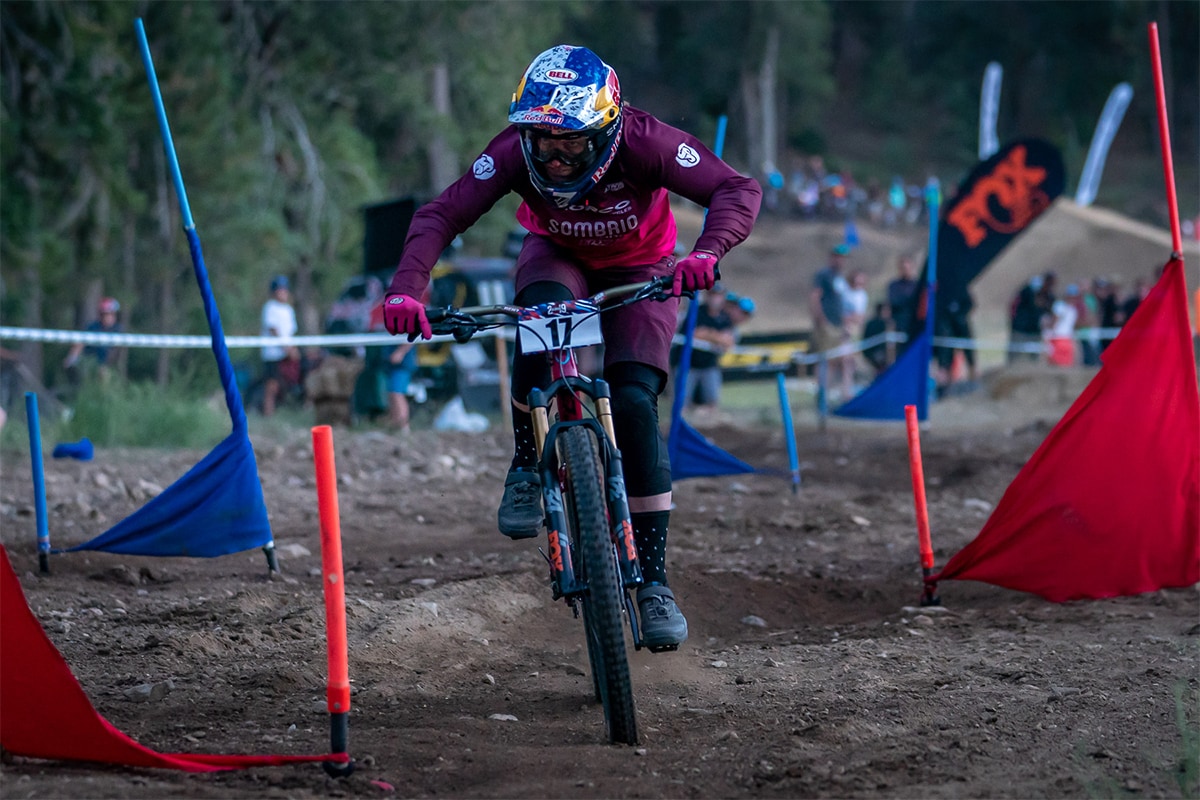 Jill Kintner on her way to another Dual Slalom victory on the “Old School” style dual slalom course! 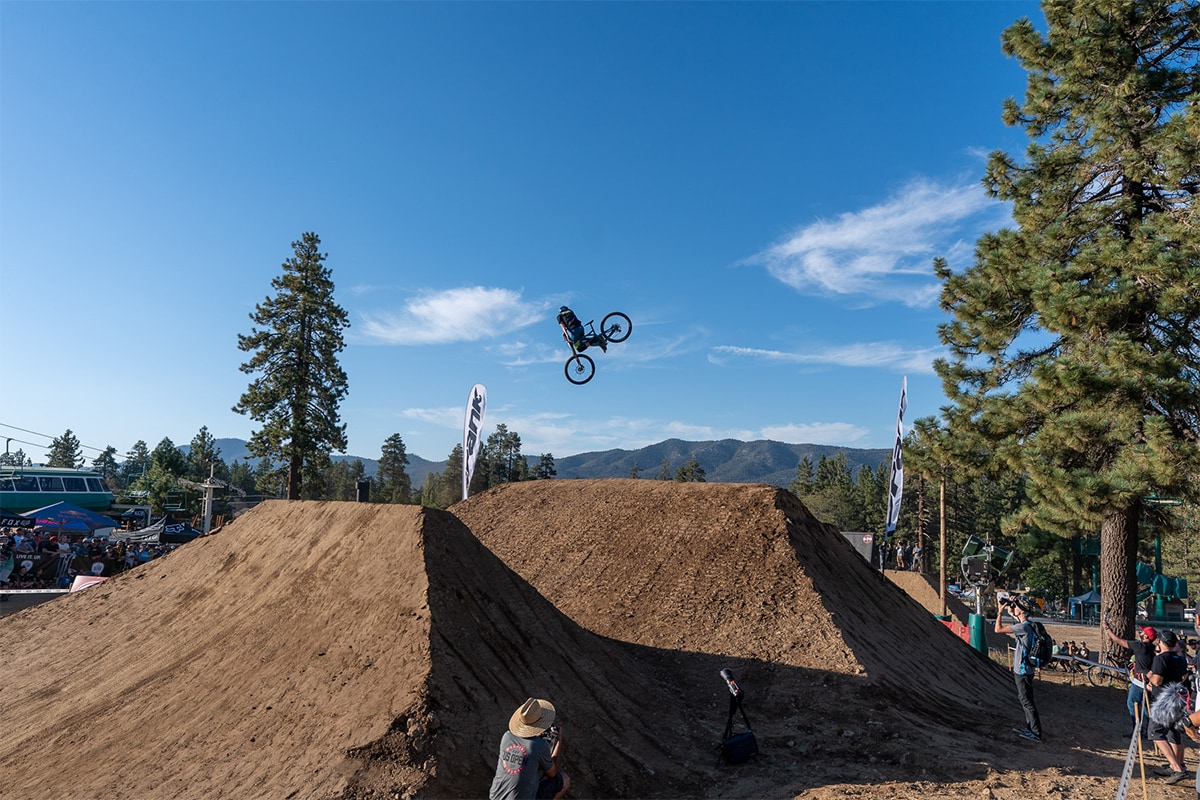 Vaea Verbeeck getting rad on the quarter pipe after the whip-off jump. 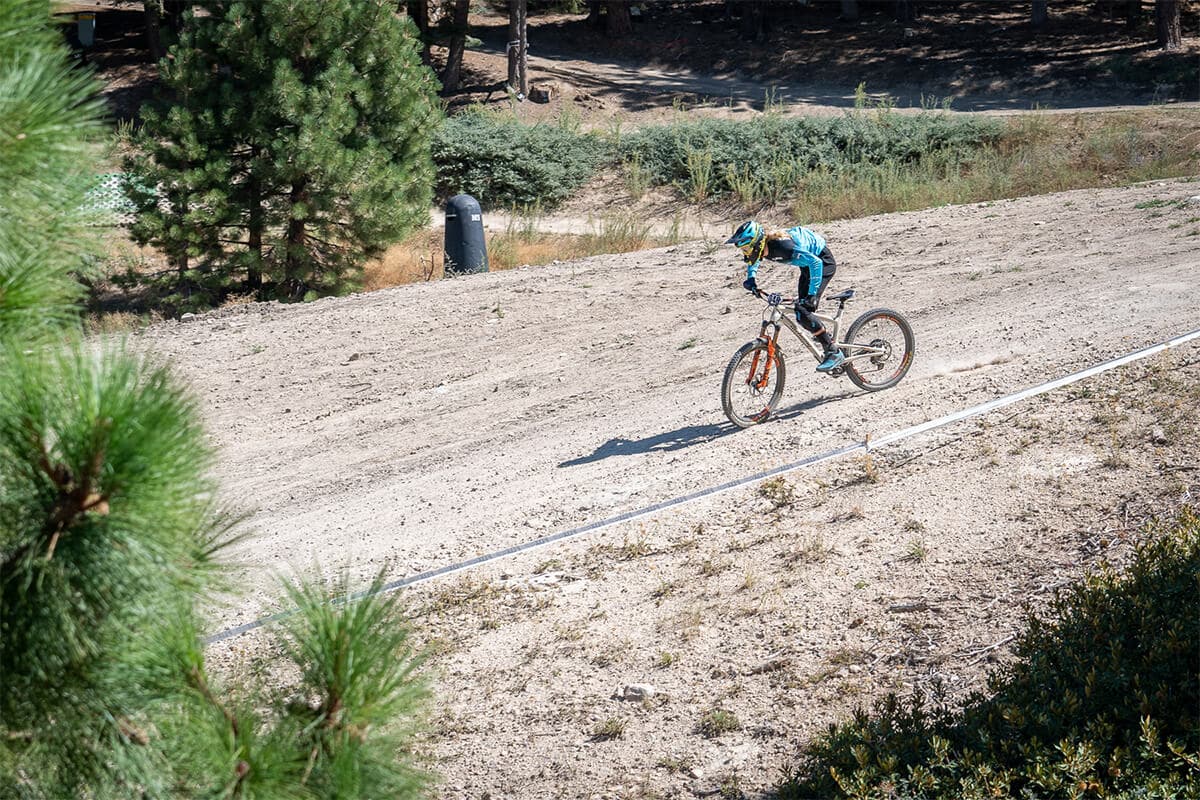 Cody Kelley on his way to the Pro Men Enduro win.