With more than 90 years of history, Shimano is a state-of-the-art company in the development of new technologies: it creates products in response to the needs of cyclists all over the world, made with high quality components, original technology and innovative ideas.

In February 1921, he opened Shimano Iron Works in Higashi Minato in Sakai City when he was 26 years old. On the site of a demolished celluloid factory, he rented a nearly 40-square-meter area. The monthly rent was 5 yen. At that time, the new establishment had only a single lathe, measuring about 1.8 meters long. He had borrowed that machine from Sano Iron Works, benefiting from his friendship with its owner.

By the time he founded his own business, Shozaburo Shimano had already decided to produce free wheels. Of all bicycle components, free wheels entailed the highest level of technology to produce. Shimano Yamaguchi Co., Ltd. (present Shimonoseki Factory) is established in Yamaguchi Prefecture, Japan. The production system was strengthened by this new factory which would produce coaster brakes at a starting output of 50,000 units per month.

Shimano (Singapore) Pte. Ltd. is established. It was established as the first oversea factory located in Jurong Industrial Estate in Singapore.
DURA-ACE series of road racing components are released Shimano introduces DURA-ACE AX 7300 which is aiming for reducing the aerodynamic drag at IFMA show at Koln in W. Germany.

The first SHIMANO 105 series and DEORE XT series are in the market. 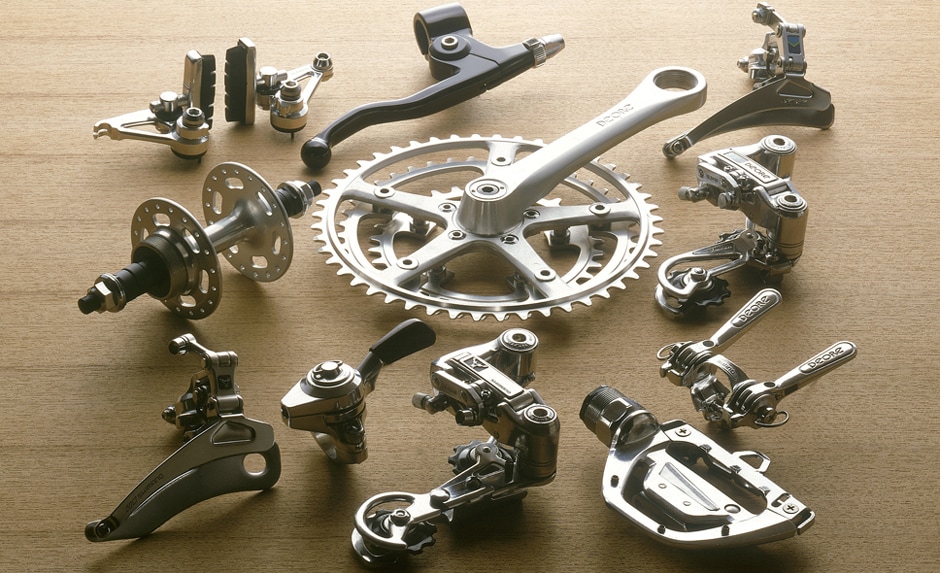 SHIMANO 600EX is in the market. 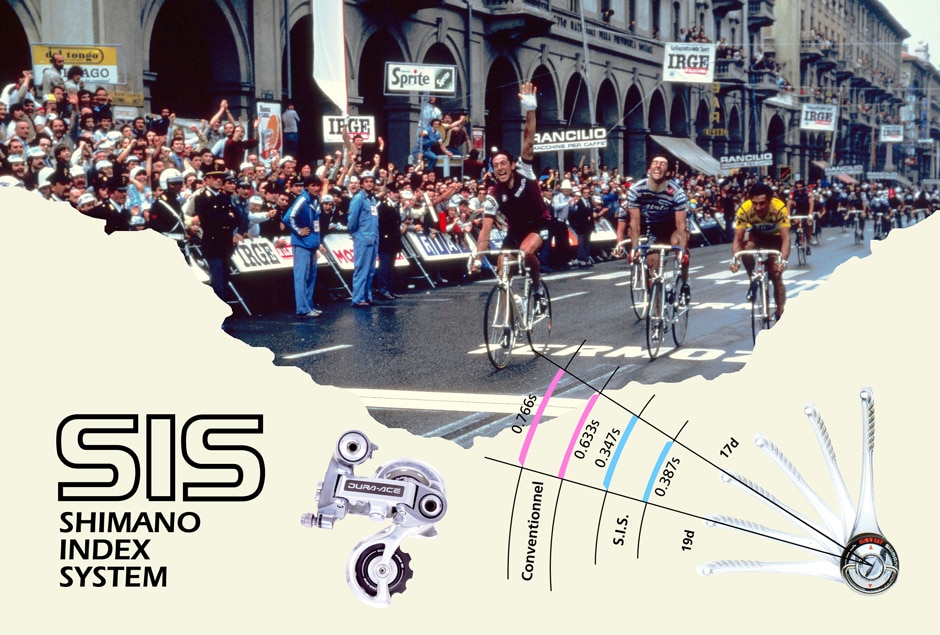 New Shimano 105 series is introduced with Shimano Linear Response (SLR) brake system which is to give the cyclist more control over the caliper brakes. Shimano Pedaling Dynamics (SPD) is in the market. A line of Shoes and Pedals are called SPD designed to be ideal for both pedaling efficiency and for walking. DURA-ACE (7400 series) with Dual Control Lever is released. The dual-control lever incorporates a shifter mechanism into the brake lever, making it possible to change speeds without removing one's hands from handlebars. 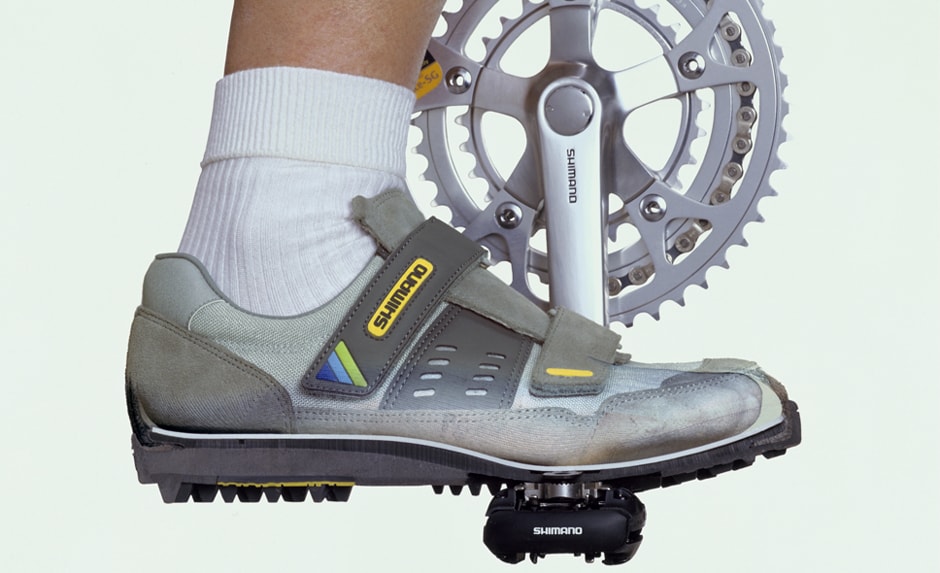 Keizo Shimano becomes third president.
The cycle center (Bicycle Museum) opens. With the cooperation of Sakai city where Shimano Inc. is located, it is established on the area next to Daisen Park. DURA-ACE 7700 is in the market. 7700 series are developed after thorough review of the previous derailleur system based on the philosophy of "Stress-Free". 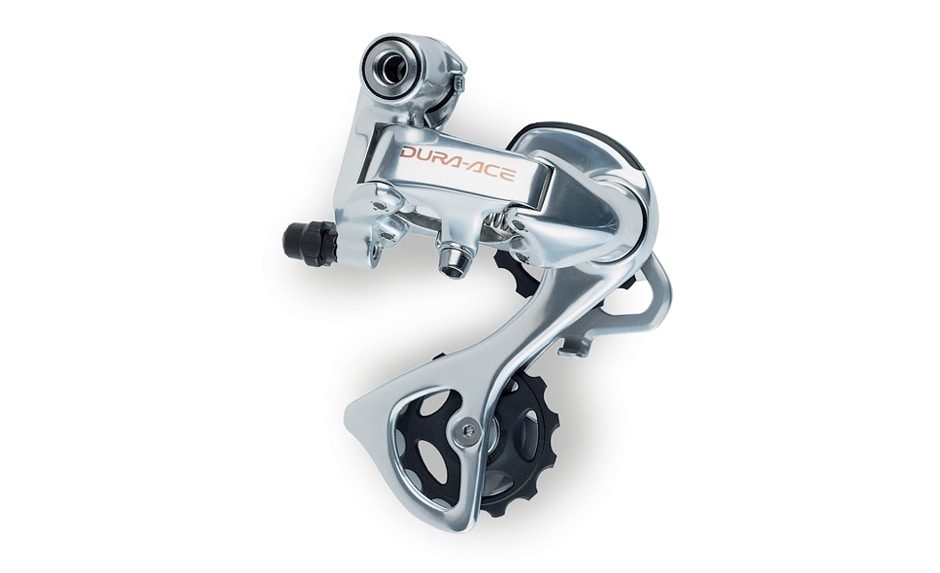 The brand Pearl Izumi is acquired.
DURA-ACE 7900 series is released. The 7900 series components were developed under the concept of "Evolution of Perfection". A derailleur comprising these components embedded the shift cable completely. Its crankset consisted of a HOLLOWGRIDE (hollow gear) in addition to a HOLLOWTECH Ⅱ. All other components were also reviewed for optimal design. Electronic Shifting System DURA-ACE 7970 is in the market. A new technology called "Digital Integrated Intelligence (or Di2 for short) was introduced into DURA-ACE. The DURA-ACE 7900 series equipped with this electronic shifting system provide racers with a "complete stress-free" function. 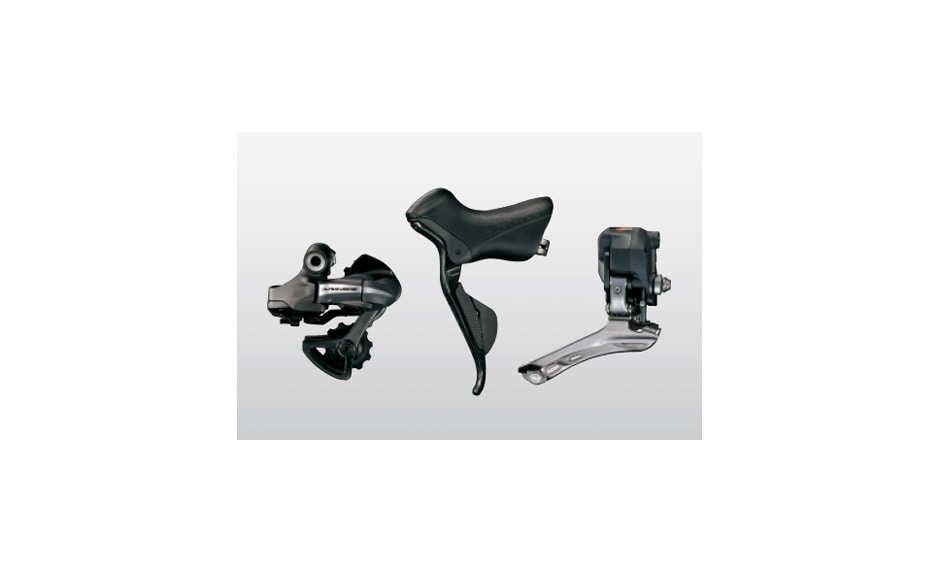 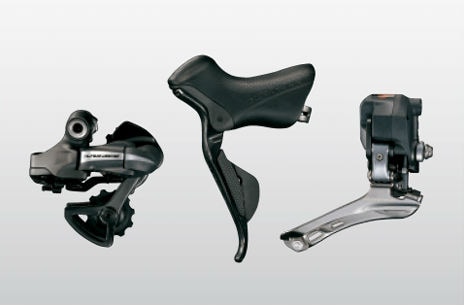 Shimano STEPS ,the first components for power-assisted bicycles, is released. 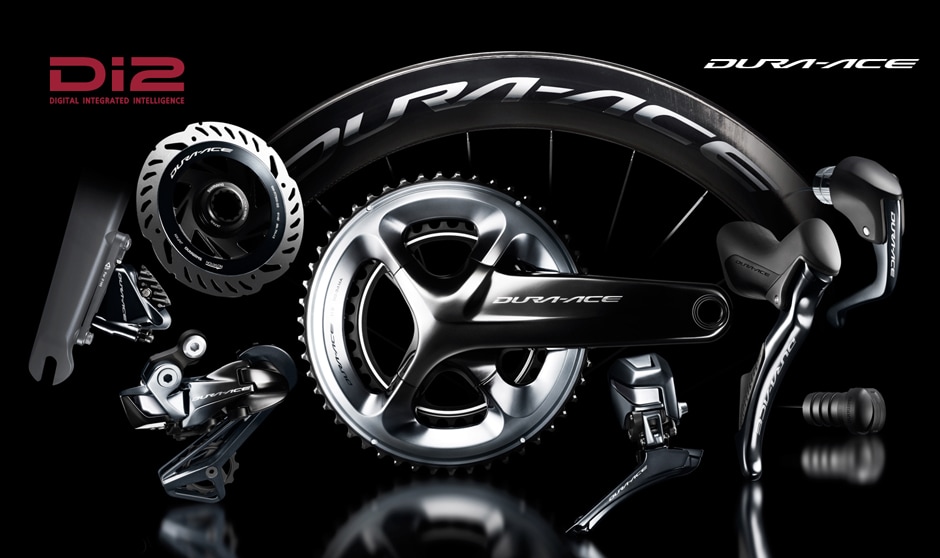