Coryn Rivera of Team Sunweb joins Shimano LIVE on the eve of the 2020 Road World Championships in Imola, Italy to discuss the joys of racing again, the toughest climbs in Flanders and the dangers of alcohol-soaked pastries at the Giro Rosa breakfast buffet.

The 28-year-old’s cycling career got rolling as a youngster in Southern California on the back of her dad’s tandem bicycle, and has taken off from there. Known for her punchy sprint and hard accelerations out of the bunch, she’s grown into one the most decorated American racers of all time, with 72 national titles and the only US winner of the legendary Tour of Flanders.

With a course in Imola that has an uncanny resemblance to the punchy climbs of Flanders, Rivera is one to watch for World Championships. But even just arriving at the start line will be a victory for the American. She’s going to relish the opportunity to race in the midst of an uncertain season that six months ago no one even thought was going to happen. Podium shower at the 2017 Tour of Flanders. 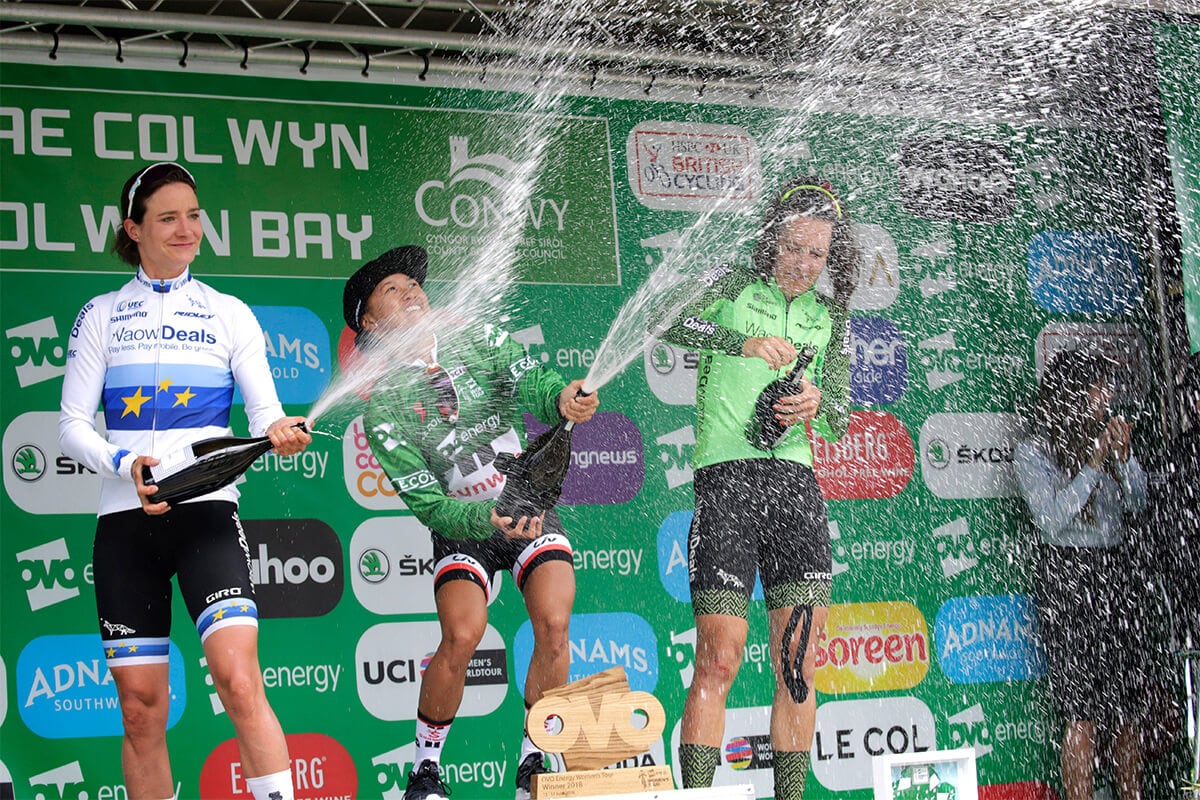