MS Mondraker will ride with Shimano Saint drivetrain components at the highest level of mountain biking in the next two seasons.

The team not only features current and two-time World Champion Danny Hart but also Downhill sensation Laurie Greenland, who comes back to the component brand he used to win 2015’s World Junior title. Hart and Greenland are prolific mountain bikers who, at the ages of 25 and 19, already have three Elite World Championship titles between them. Moreover, as the World’s best Downhill mountain bikers they gives Shimano engineers the best case study for product development.

Hart and Greenland are joined by another rider familiar with the top step of the podium, former European champion Markus Pekoll.

MS Mondraker team manager Markus Stöckl: “When we first dreamt of creating a downhill team we set our sights at the highest level: to have world champions pushing the development of the sport. Together now with Shimano we are able to further realise that dream.”

Shimano sports marketing manager Rudy Bouwmeester: “Shimano is thrilled to partner up with one of the strongest downhill teams, MS Mondraker and is committed to supporting the team’s ambitions on the World Cup circuit. We look forward to working with all MS Mondraker athletes and mechanics to continue developing world-class components.”

MS Mondraker kick off their Downhill World Cup season on April 29-30 in Lourdes, France, although team riders will compete in domestic warm-up events including the British Downhill Series in the build-up. 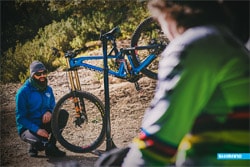 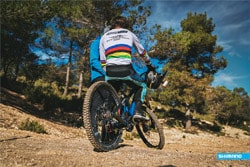 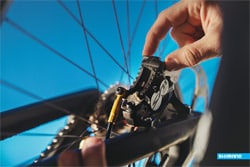