The bike of Beardy McBeard

With a keen eye for the finer details, the little things that make up a race and the human elements behind them, it’s no wonder Beardy McBeard (aka Marcus Enno) is one of the most recognised cycling photographers not only in Australia, but also around the globe. Scaling mountains, cliffs and even road signs has yielded unique images at races such as the Giro d’Italia, La Vuelta and Tour de France, often raising the question, 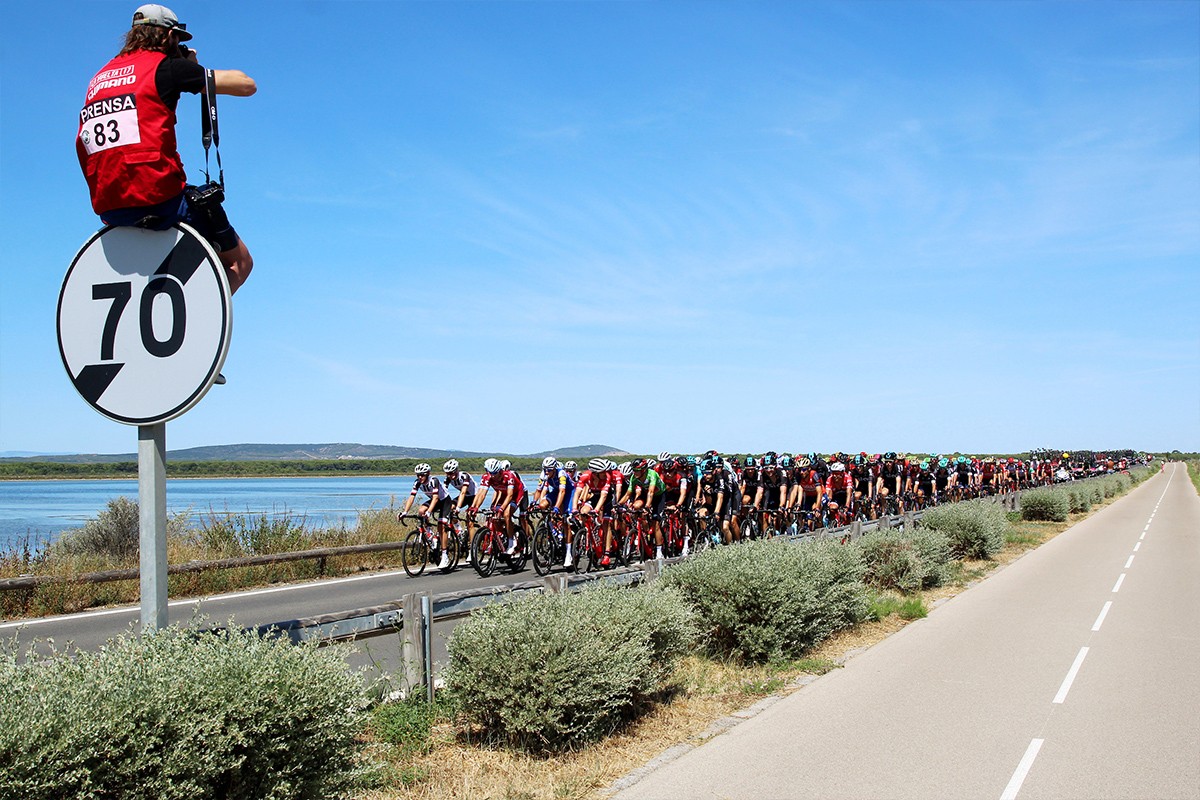 Beardy himself is no stranger to cycling and can often be found racking up kilometres each week in picturesque locations around Sydney, across Australia and amongst some of the most iconic backdrops in the world.

So, fans of the some of the most inspiring cycling photos around might wonder, “What does Beardy ride?” 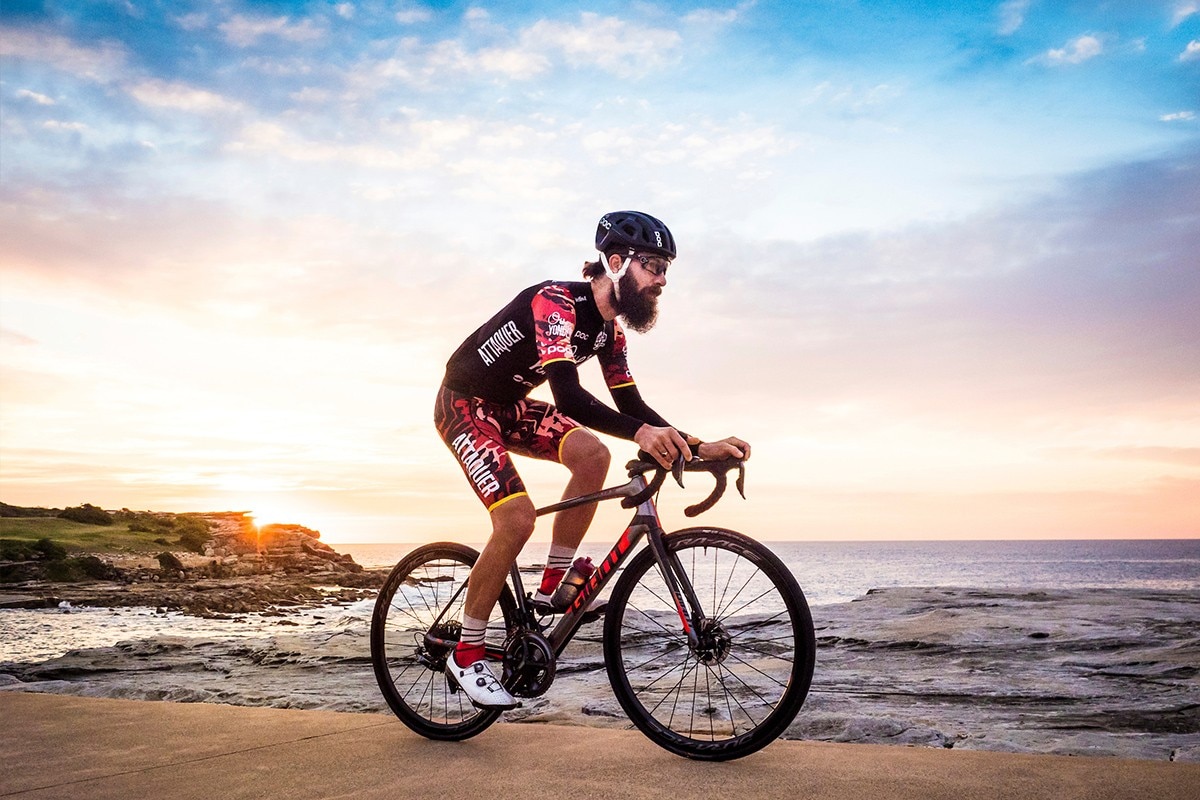 Hi Beardy! Firstly, how does the bike feel?

Before this Giant TCR Advanced SL 0 Disc I was riding the rim brake version of the same bike. It’s interesting to feel the difference between the two. The rim brake version is an incredible machine I was lucky enough to photograph Tom Dumoulin riding it to victory in the 2017 Giro d’Italia.

The first thing I noticed about the disc version was the front end. A combination of thru axle, PRO bars and Dura Ace C40 disc wheelset means there is almost no flex even when I apply the front brake and lean on the handlebars with all my weight.

This extra stiffness was a definite improvement from the rim brake model. I really noticed it when pushing hard in the weekly training ride around Centennial Park. The rim brake version was a feathery 6.7kg, so adding discs has beefed it up. But that said, with the addition of a Dura-Ace power meter, the discs themselves and wider 28mm Scwalbe Pro One tubeless tyres, I have only added 700 grams. Uphill it’s a bit of a trade-off - extra stiffness is a benefit out of the saddle but extra weight keeps things level.

Then when I turn the bike downhill, it’s a totally different story. Late braking, disc brake modulation and loads of grip from the 28mm rubber and the wide rim bead of C40’s meant it wasn’t long before I started to see new PR’s on Strava descents that I had ridden a bunch of times before! 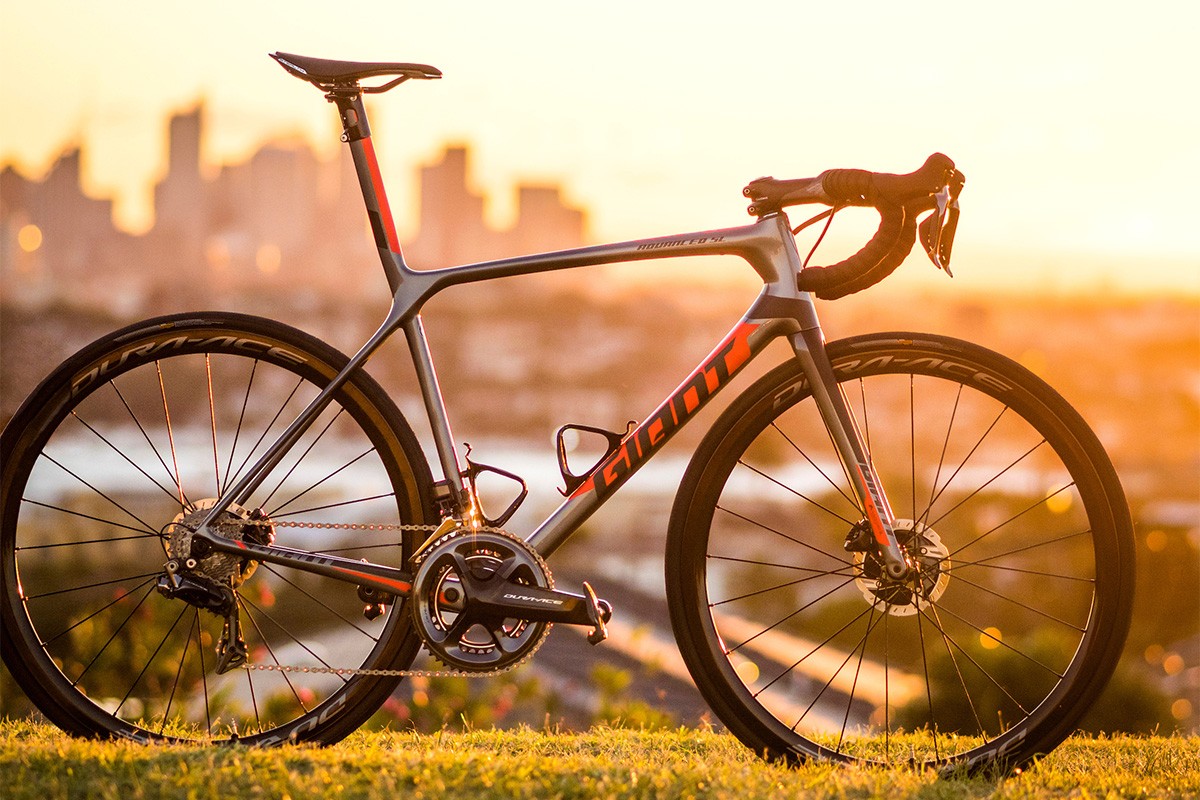 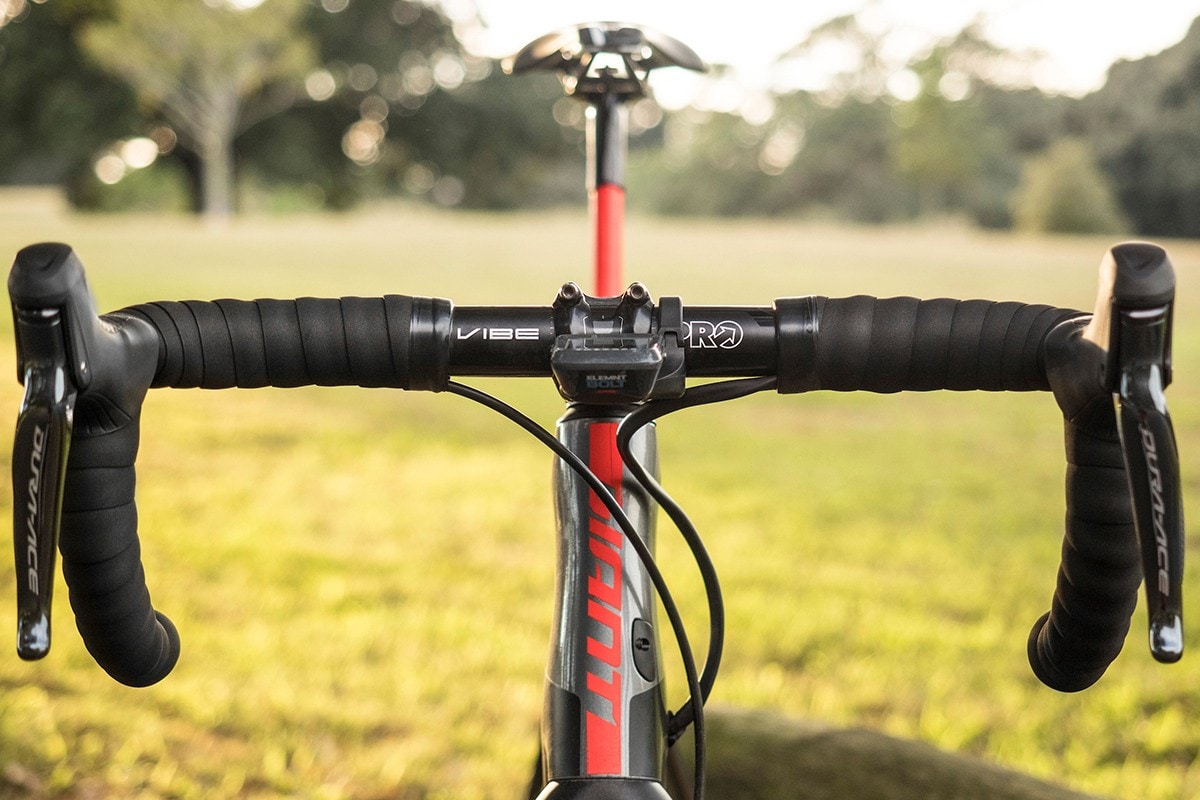 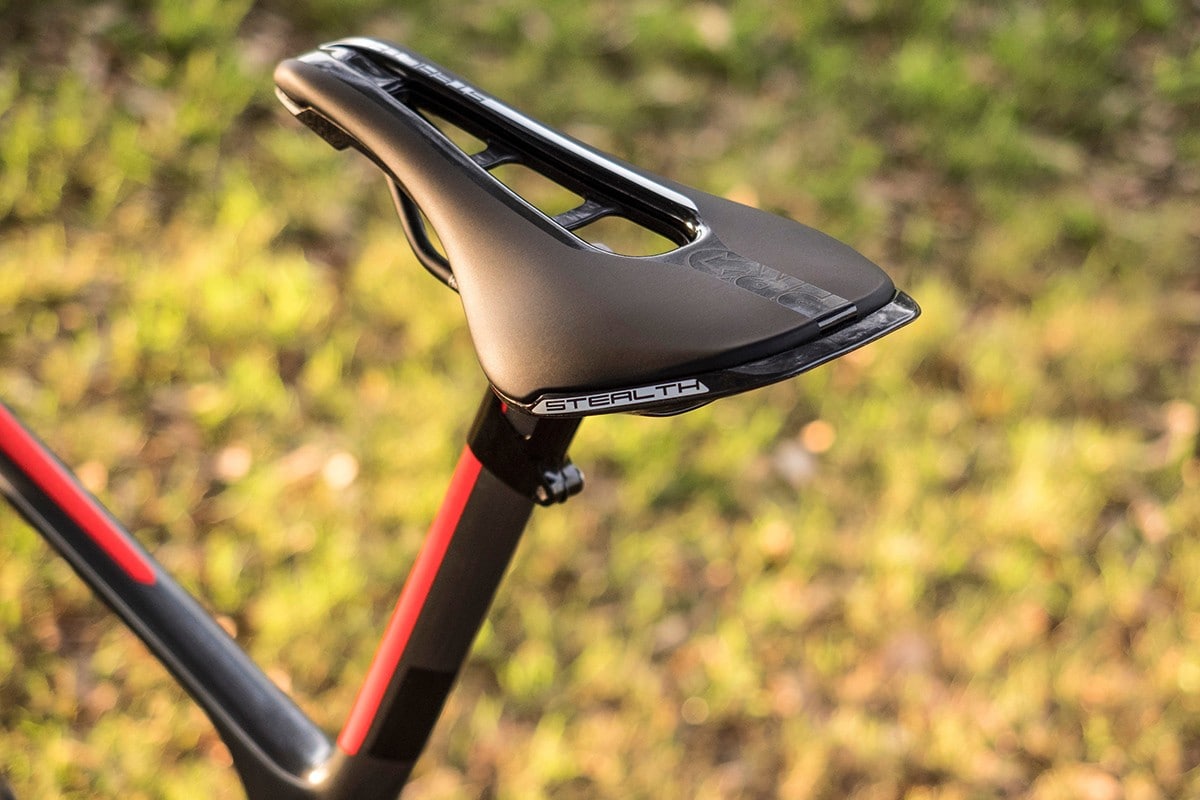 Have you used road disc brakes in the past, and how do find the Dura-Ace R9170 brakes?

I have ridden discs before, but always felt the levers to be a bit bulky but with the new version the levels are almost indistinguishable from the rim brake versions. The brakes themselves are spot on strong and fade free. I took the bike out in some horrendous conditions and after 4 hours in the rain I was convinced that they make riding in the rain safer with strong but predicable braking. Even on the hilly 4 Gorges Ride [in Sydney’s North West], I didn’t experience any loss of traction or sketchy moments. Something I can’t say for regular carbon clinchers! 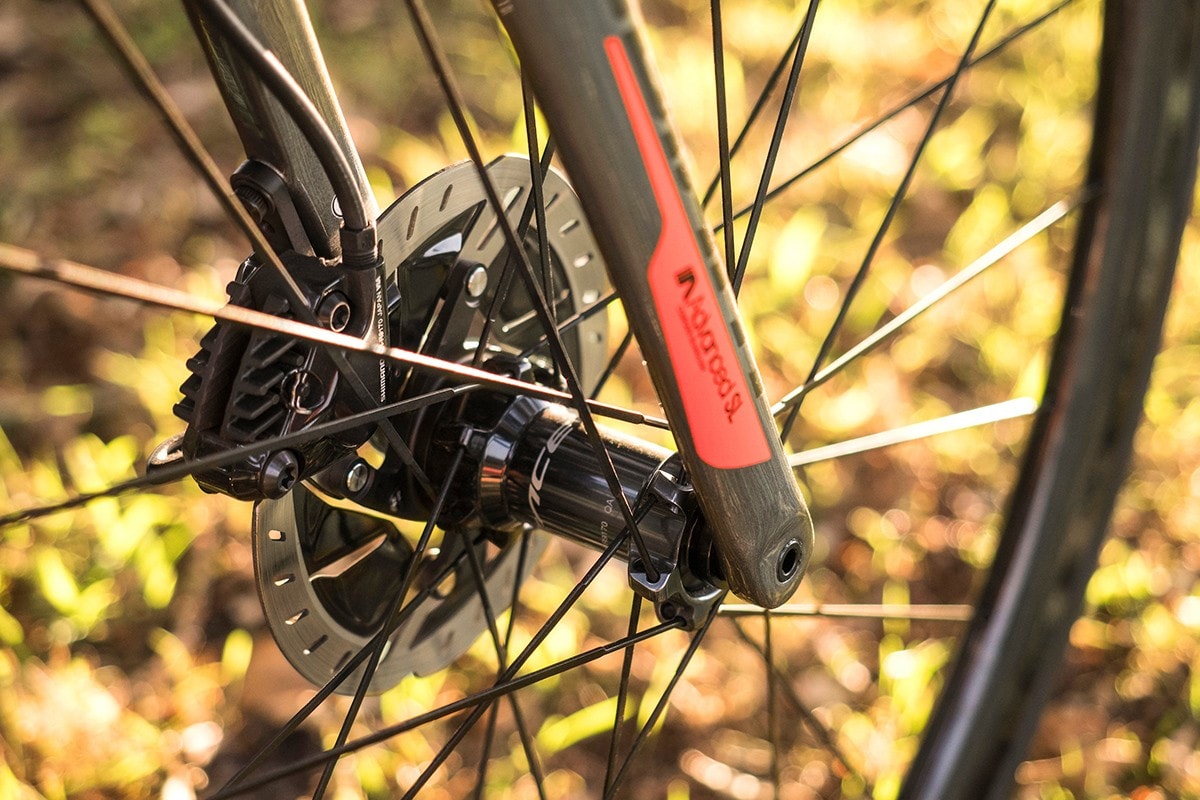 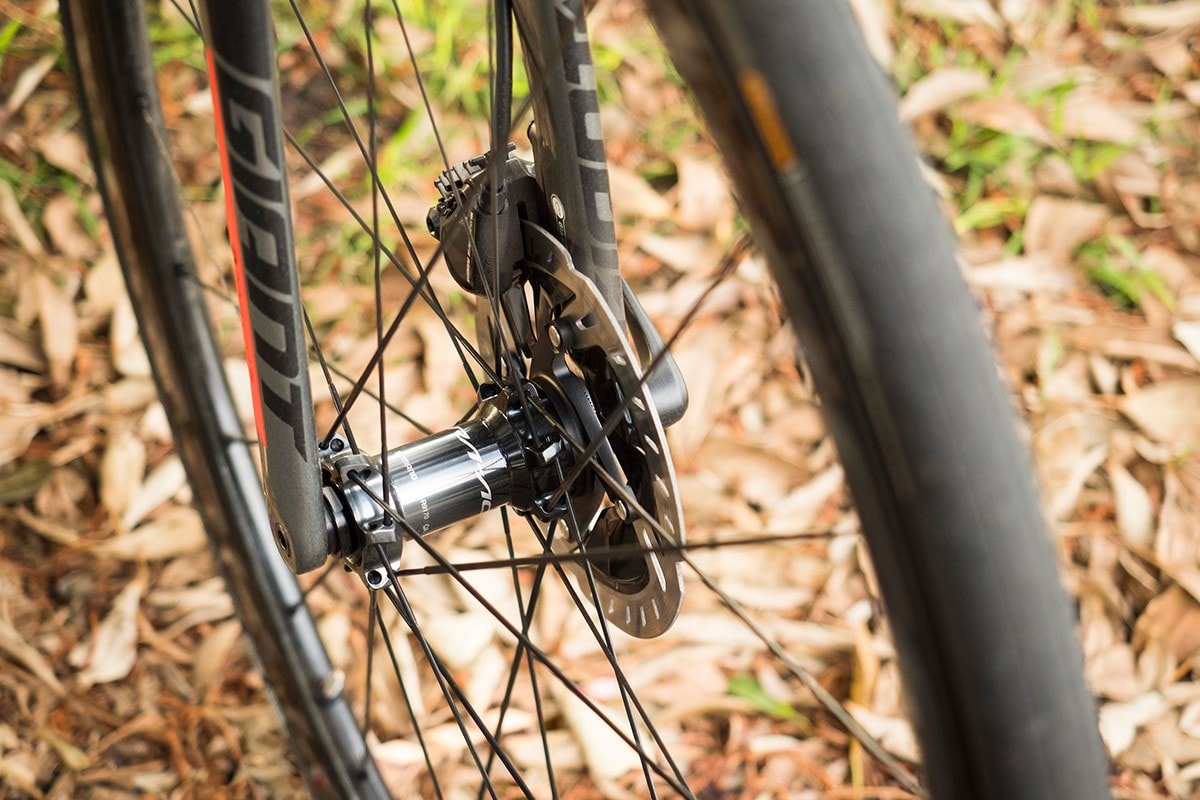 Your experience so far on the Dura-Ace C40 disc brake wheels?

I have always been a big fan of Shimano wheels and eagerly awaited the day that a full carbon clincher was available; it was worth the wait! Extremely wide profile, stiff, tubeless ready, loose ball bearings and titanium free hubs are just a couple of reasons why these wheels are so much better than others on the market.

If you want a wheelset that is as performance as it is reliable, it’s hard to go past these stunning wheels. 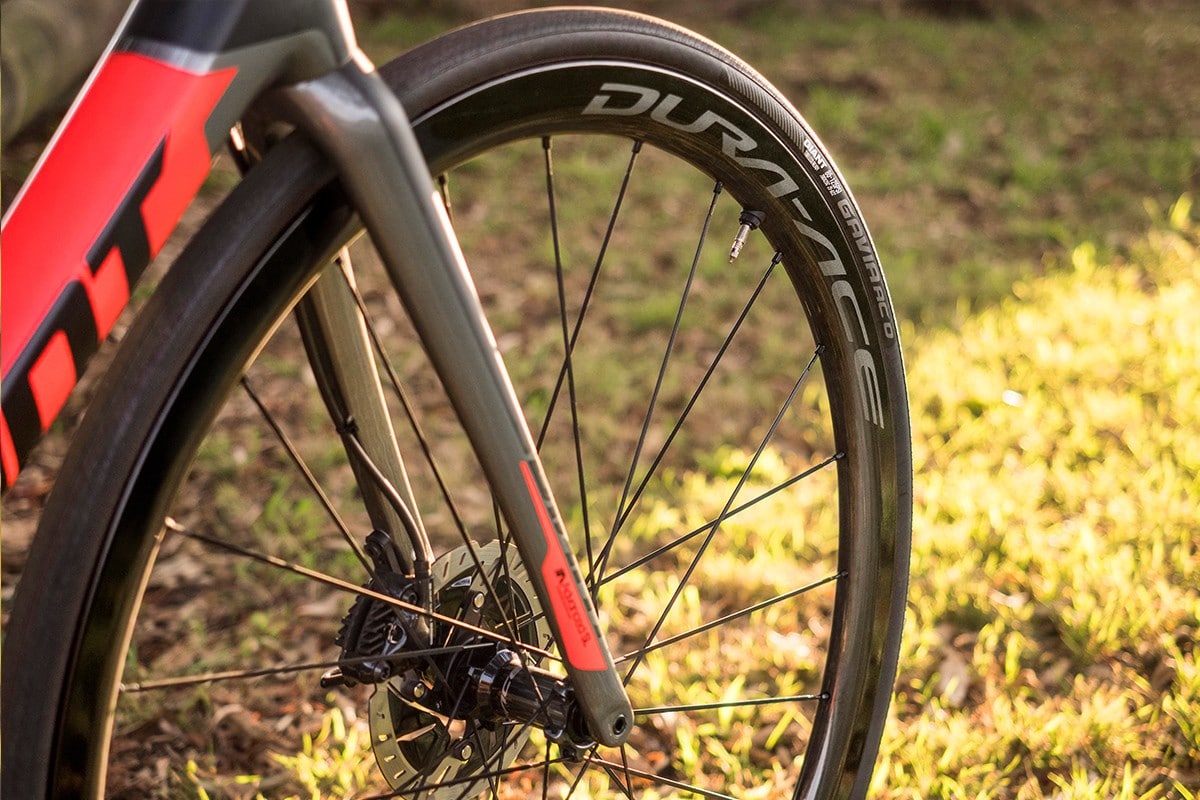 How have you found the Dura-Ace power meter?

It’s been a while since I have run a power meter, preferring to keep my bike matchy-matchy.

The new Dura-Ace power meter is really a beautiful piece of kit. Not only is it one of the most accurate on the market, but it only adds 70 grams to the crank, and is so simple to connect and charge with a neat little magnetic cable. I use it in conjunction with a Wahoo Bolt computer. 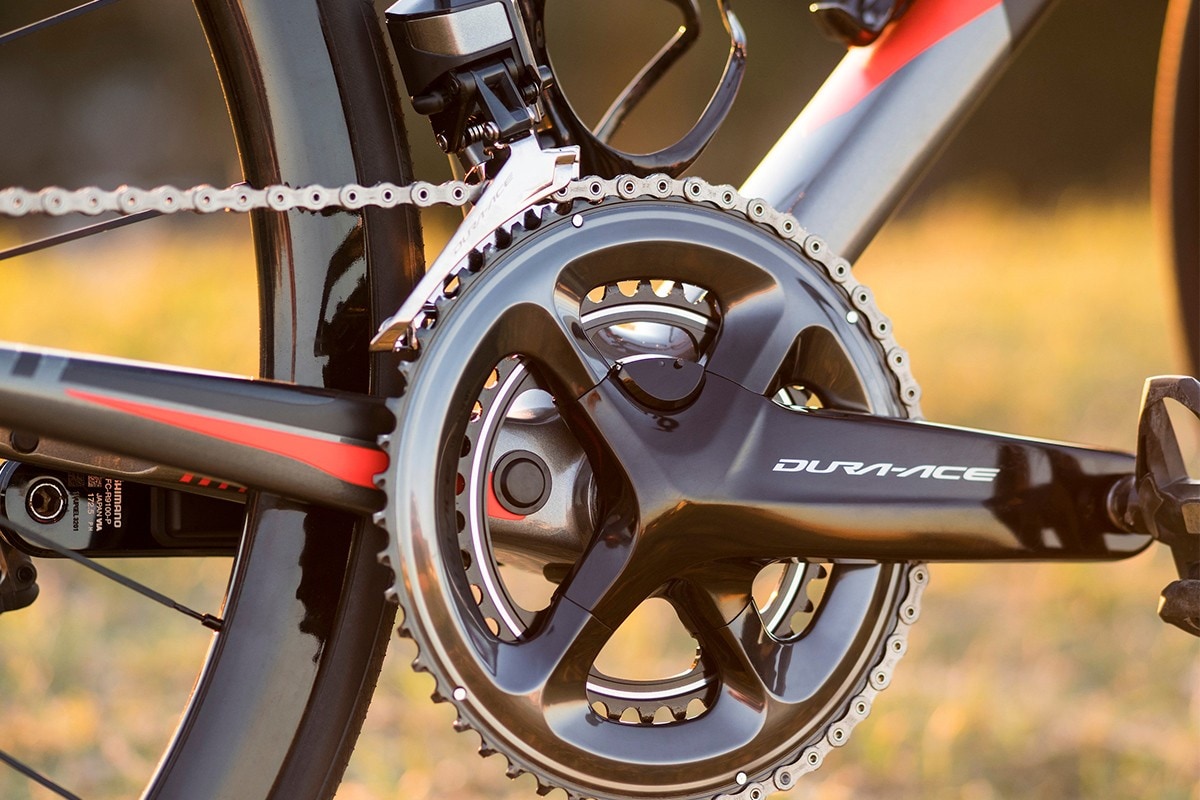 Thanks Beardy, and all the best for your cycling advetures - wherever they may take you! 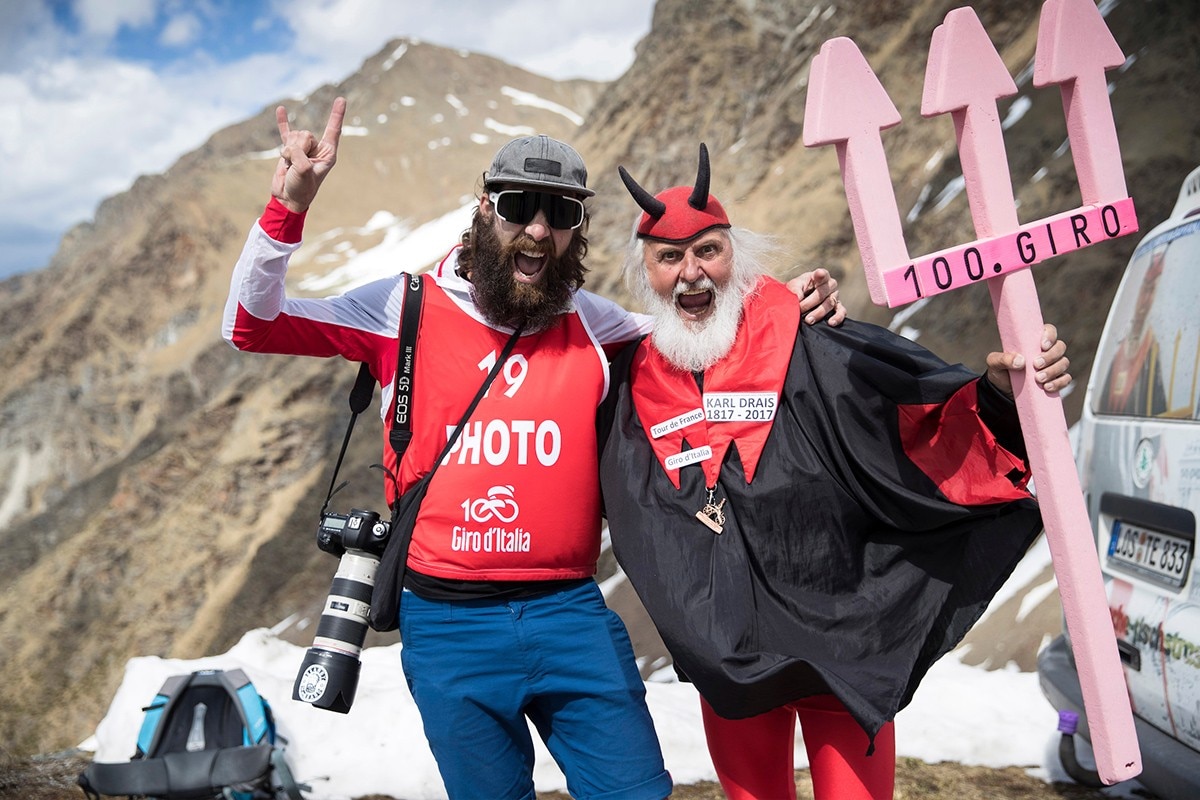 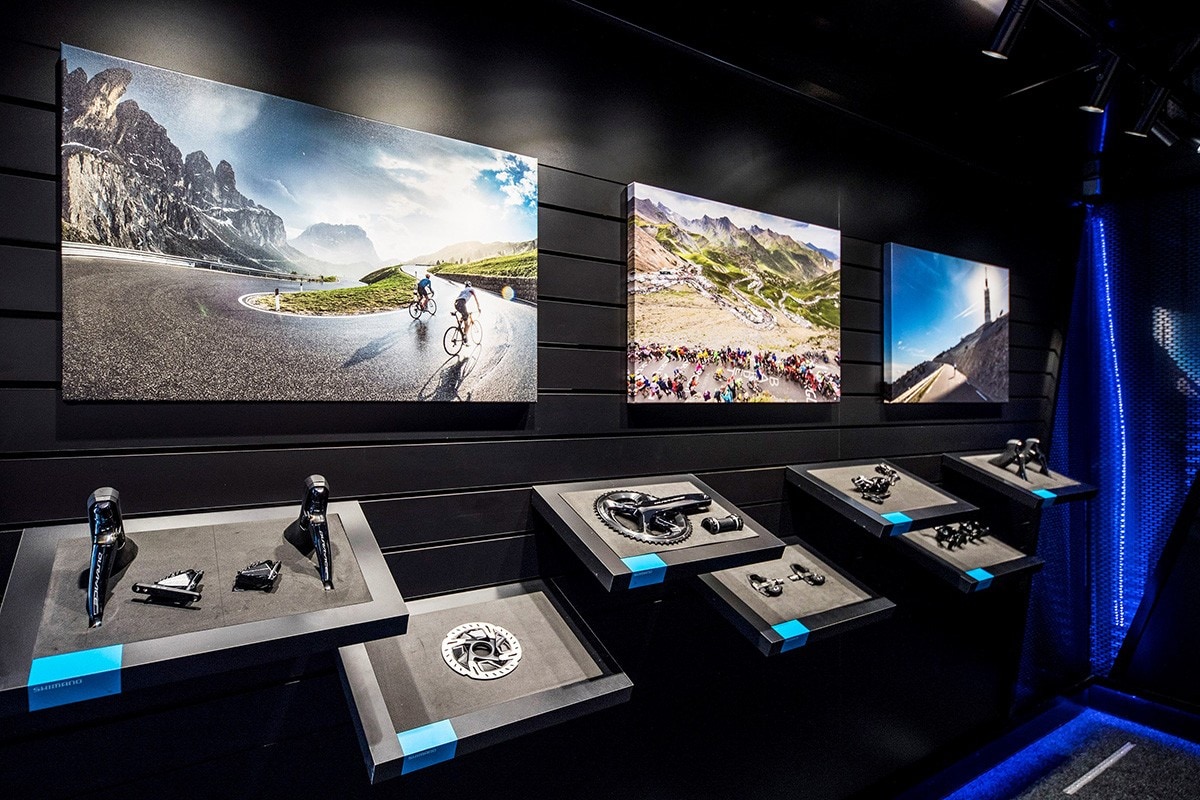 Beardy's exhibition at the Shimano Experience Project - Tour Down Under 2018